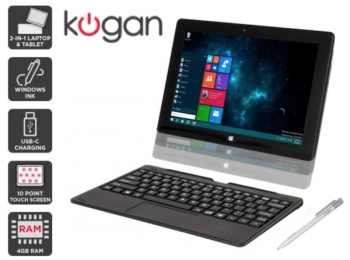 Right on the heels of Apple's clever iPad campaign that gets you to ask yourself "what's a computer" comes Kogan, with three new Atlas laptops at sub-iPad prices.

The three new models are as follows, with spec details and more below.

First is the value-based flagship, the Kogan Atlas UltraSlim X300 Notebook for A$349 (but without any touch screen).

These are fantastic prices that will take the fight right up to Officeworks, JB Hi-Fi, Harvey Norman and everyone else, probably even Amazon when it launches sometime later this week.

However, while the iPad is clearly more expensive (but only $120 more than the UltraSlim X300 notebook, which has no touch screen), the question is, which platform will deliver better value? Which has the better apps?

Which run Microsoft Office, if that is something people care about in an age of Google Docs, free Microsoft Office Online and a raft of other alternatives? Which have the best battery life? Which are the most secure? Which are most susceptible to ransomware?

We look at this below, including taking a look at the base configurations Microsoft offers its Surface devices in, the devices that Microsoft thinks are best suited to run Windows 10.

So, let's take a look at Kogan's spiel on its three new "affordable notebooks designed for Australian customers", inclined the model available at that pre-sale price of $199.

Kogan says its "three new releases have features that you’d expect in a high-end notebook, but at a price that won’t break the bank", and while that's true, are advanced features of any use if you have low processing power, low storage space and low RAM?

We're told that "the Kogan Atlas 2-in-1 D300 Touchscreen Notebook serves as both a high-performance laptop and a portable tablet in one compact, affordable package. The lightweight notebook comes with a 10.1” display, Windows 10 Home, 32GB storage, and is available at the special presale price of $199". 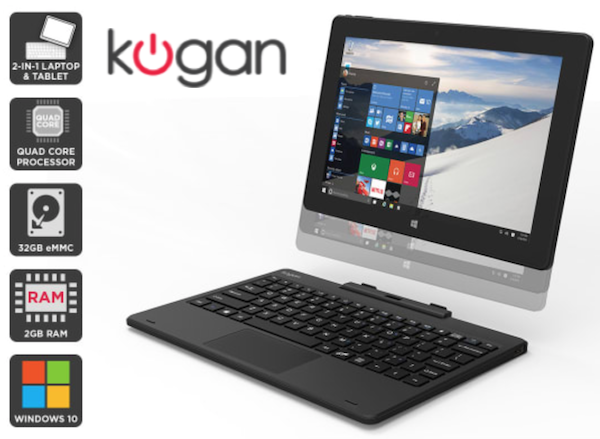 Next up is "for those in need of a bit more power but still want the flexibility of a 2-in-1 device, the Kogan Atlas 2-in-1 D500 Touchscreen Notebook comes with more processing power and a beautiful 1920x1200 resolution screen. A Windows Ink Compatible Touch Pen is also included to quickly jot down notes. Customers can pick up the D500 Touchscreen Notebook for $279 on presale". 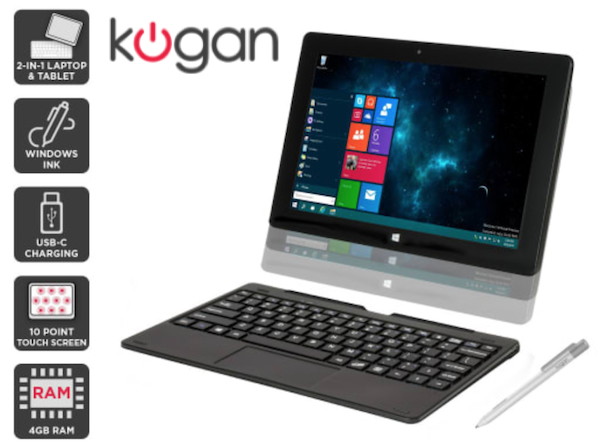 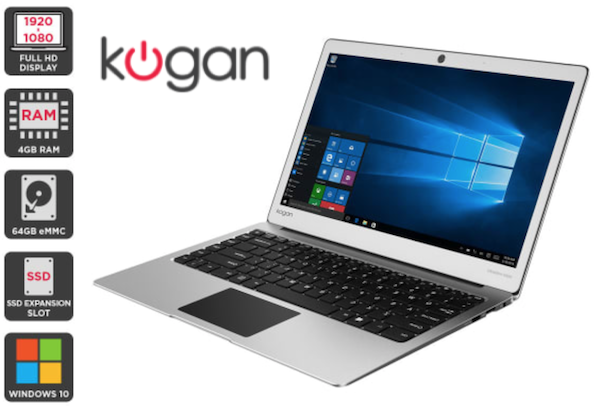 The man who knows "y", Sergiy Bobrovnychyy, is product manager at Kogan.com, and he states “Every customer is an individual with different needs when it comes to technology. We want to make sure that they have access to the high-performance products that best suits their work, at great prices that don’t compromise on quality.

“The demand for hybrid devices that can suit each individual’s computing requirements has never been higher, and Kogan.com is here to meet those needs with the best value possible.

“Every Australian should have access to the latest technology at a reasonable price, and it is part of Kogan.com’s mission to make this a reality.”

Below are the basic specs and links to the three new Kogan Atlas Notebooks. Also below are my thoughts on whether these devices are powerful enough compared to iPads and Microsoft's own configurations for its flagship Surface devices.

So, what of iPads and Microsoft Surface models compared to these three Kogans?

Well, what does Microsoft, the maker of Windows, think is the right platform with the right kind of performance for the Windows 10 OS?

Microsoft's cheapest and least powerful Surface Pro, equipped with the anaemic Intel M3 processor, with 4GB RAM and 128GB SSD is A$1199.

Want a more powerful processor? Prices only go up for various configurations of i5 and i7 powered Surface models, and don't forget, there's no keyboard or stylus included at these prices either.

Want Microsoft's Surface Laptop, with it's completely non-detachable but still fully touch screen? This model is configurable with higher options, but its base model has a Core i5 processor, 128GB SSD and 4GB RAM, and starts at $1499.

These are the base configurations Microsoft deems worthy enough to run Windows 10, and they are all a lot more powerful than the Intel Celeron or Atom processors you'll find in Kogan's notebooks.

I mean, let's face it, Intel Celeron or Atom are even worse than Intel Core m3, and are like a tiny flickering candle compared to the vastly more powerful Core i5 or i7 processors, let alone the extremely optimised A9 processor in the 2017 iPad, or the even more powerful A10X processor in the iPad Pro models, with the 10.5-inch iPad Pro starting at AU $979.

Yes, you'll need to pay more for a keyboard or stylus, as is the case with Microsoft's Surface Pro, most of which have Core i5 or i7 processors, not anaemic Celeron or Atoms.

Even more telling is the fact that Apple's iPad can be effortlessly used without either add-on keyboard or stylus, while Surface Pro is, to be brutally honest, pretty useless without a keyboard and at least a mouse, let alone a stylus.

So, which platform will deliver better value? Which has the better apps? Which run Microsoft Office, if that is something people care about in an age of Google Docs, free Microsoft Office Online and a raft of other alternatives? Which have the best battery life? Which are the most secure? Which are least susceptible to malware, viruses or ransomware?

iPads are the answer to all these questions. Even MacBooks are better value than PCs, with IBM famously stating last year that Macs are 300% cheaper to run than Windows computers.

I mean, sure, if you just want to run Facebook, email, Web, games and other simple stuff that doesn't require a Surface Pro, then cheap Windows notebooks will do the job.

That said, if you want a sophisticated, flexible and supremely ease to use device, with security, long battery life, millions of up-to-date, first rate apps, and much, much more, why put up with not getting any of those things by setting with a Windows laptop, no matter how absurdly cheap?

Better to be someone who seeks the best value, rather than only seeking the best price.

More in this category: « Kogan joins the Zip platform: Zip zip hooray There's no place for HomePod in homes this Christmas »
Share News tips for the iTWire Journalists? Your tip will be anonymous