Intel goes extremely Extreme with Core i9 14, 16 and 18-core processors 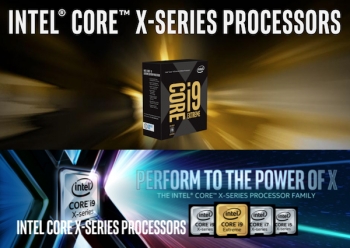 If you feel an extreme need for speed, Intel is extremely keen to smash AMD’s “surp-ryzen” performance with its own range of newly extreme processors on silicon steroids.

Stung by AMD’s devising of a CPU “up-ryzen”, Intel went all out doing something totally new earlier this year – creating its most extreme processors yet while introducing a new member of its Core family, the new Core i9 X-Series.

Obviously it was in response to AMD’s competitive threat, alongside the endless and unstoppable rise of ARM processors that Intel had to threaten Microsoft and Qualcomm not to further popularise with a version of Windows 10 running on it.

We’re yet to see what Microsoft does in that regard, with the end of the year and no consumer-based ARM devices running Windows 10 available in retail stores yet, but Intel’s thinking of the truly high-end when it comes to a Core i9 range running 14, 16 or 18 cores, not ARM processors desperately trying to emulate the x86 instruction set while still maintaining a respectable performance.

No, when you have double digit cores in your processor, you’re talking about delivering “extreme performance”, and in the face of a resurgent AMD, Intel has been forced to double down and pull out all the stops it presumably was holding back over the past few years.

Intel says “this final piece of the puzzle rounds out the availability of the Intel Core X-series processor family, providing content creators and enthusiasts with the much-anticipated Extreme Edition, the most extreme desktop processor ever introduced".

No doubt AMD would add the caveat “the most extreme desktop processor ever introduced by Intel”, but I can’t put words in their mouth, they can do that themselves.

In any case, Intel proudly boasts that “while the entire Intel Core X-series processor family delivers on the promise of rich, immersive experiences that require significant compute power, the Extreme Edition brings a new level of power to content creators, enabling extreme mega-tasking, a platform for editing and rendering high-resolution 4K and VR video, and a full studio on your PC".

In what Intel and the retailing industry presumably hope is a great sign just in time for the retail sales end-of-year Christmas gift-giving and shopping bonanza, Intel says “retailers now can offer the entire Intel Core X-series processor family".

More on Intel’s Core i9 Extreme processors here, which are sure to be X-tremely X-pensive as was the case with Intel's range of "extreme" class processors from years past. 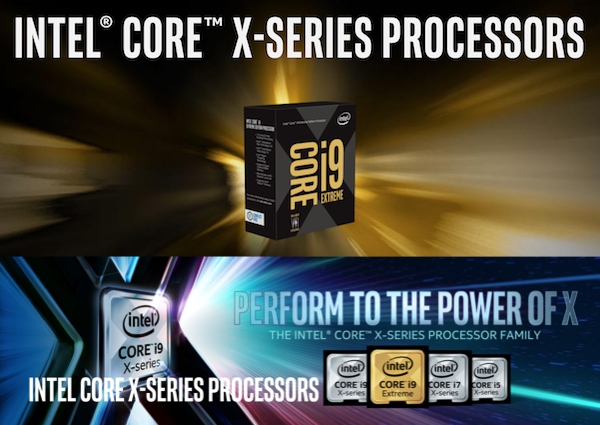