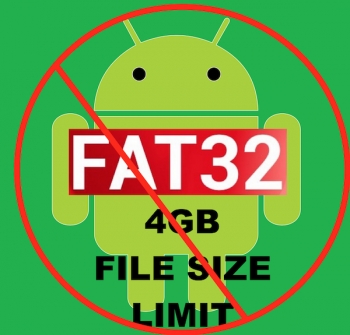 As a friend’s father's funeral drew closer, I offered to record the funeral ceremony for the family as my friend had done for my father's funeral. But I had forgotten how Android’s FAT32 4GB file size limit would trip me up after recording 30 minutes of 1080P video.

I usually use an iPhone to record video interviews, some of which have gone on for more than an hour, and I’ve never had a problem with the length of video I was recording.

The only limit with any iPhone over all the models I’ve owned (which is all of them) was the length of the event I was recording, or storage space, or battery life, which was only ever an issue if I’d forgotten to charge or delete videos from my phone.

As I always take a spare battery with me and a very long Lightning cable, battery life has never been an issue either, and I’ve recorded videos well over an hour and longer, never with a problem.

I’ve only ever run out of space if I’d forgotten to erase videos recorded from my phone, and as I’ve always had the largest capacity iPhones possible, this has been a very rare problem — once bitten, twice shy — and you always make sure you have tens of gigabytes of space at your disposal should you need it.

Thus, in all the many years of recording iPhone videos, I’d never encountered a real problem of Apple’s making – I’d only encountered issues of my own making, such as low space or low battery, and those are problems you only encounter once.

So, when I decided to use a Google Pixel XL to video record a friend’s funeral service, so they’d have a video of this very solemn event for a very cherished and loved man, I never expected Google to have an issue with its flagship phone or its own operating system.

If you do a search for it online, it’s a problem people have been complaining about for years – so much for Google listening to its users.

Sadly, while I knew that Android used FAT32, I’d long ago forgotten about its 4GB file size limit, and as I’d only ever recorded events shorter than 30 minutes whenever I had used an Android device to record videos on in the past, and used an iPhone 99% of the rest of the time to record video, I’d never encountered the problem.

Some suggested online that you could save your video to a MicroSD card in a different file format, like exFAT, but even if that worked, good luck plugging a MicroSD card into a Google Pixel or Pixel XL, as Google wisely decided MicroSD wasn’t needed for its own Android flagships.

So, what happened was that I set up the camera on video recording mode, on a normal tripod with a smartphone holder screwed in on top, and pressed record, leaving the standard video camera app to do its thing.

Given that Google copies Apple on so many things, I never thought video recording would work differently to the way it did on an iPhone, so I never imagined it would stop recording at any point until I manually pressed stop, as I had ensured I had a full battery and plenty of storage space.

As I was at a funeral, I was respectfully paying attention to all of the speakers.

So, despite checking the video screen from time to time, I obviously stopped somewhere before the 30-minute mark, safe in the false knowledge that all was well, because at around 45 minutes into the ceremony, I looked at the Pixel XL to note in horror that its screen was black.

Turning the screen back on showed me the recording had stopped; while wondering what was going on. I immediately started recording again and kept a solid eye on the recording time, noting that it stopped at around the 30-minute mark.

As soon as it stopped once more after 30 minutes had passed, I immediately started recording again for the final part of the funeral, and internally despaired at having decided to trust the Pixel XL rather than the iPhone 7 I also had in my possession, which would have recorded without skipping a beat.

The next day I tried recording a long video with a Samsung Galaxy S7 – and noted that while it recorded for about three minutes more, it too stopped once it hit the 4GB file size mark.

I haven’t tried this on a Galaxy S8, but interestingly, a Huawei P10 Plus that I tried recording on sailed past the 30-minute mark and well beyond without stopping, so it seems someone at Huawei had the brains to solve this problem for end-users.

Interestingly, there was zero mention of upgrading the filesystem at the 2017 Google I/O conference that I could see to solve this issue.

If there was any mention of it, I missed it, but I certainly did not miss the fact that Apple upgraded its file system with iOS 10 – another thing Google should copy while its photocopiers are running hot.

That said, the previous filesystem Apple used never had an issue with video files as large as I’ve ever been able to record them, so it was definitely a major disappointment to find out that Android hobbles those wishing to use an Android phone as a video recording platform.

You simply cannot use the vast majority of Android phones if you want to record 1080P video for longer than about 30 minutes.

This file size limitation is also the reason why Sony phones that could record 4K video even two or three years ago could only record five minutes of video at a time.

I remember being told by someone somewhere that this was because 4K video would overheat the phone, but in figuring out the Android 1080P 4GB limit, I discovered that five minutes of 4K video chewed up 4GB of storage space, and thus the five-minute limit!

Hopefully, Google has more respect for Pixel 2 users wanting to record long videos in 1080P and 4K, and will do whatever Huawei did to get around the problem.

Unfortunately, my suspicion is that Google will do precisely nothing about the problem.

I look forward finding out whether Google’s Pixel 2 fixes this problem, but I’ll definitely be disappointed again, if in 2017, Google still is stuck with a filesize limit from a file format from 20+ years ago.

And, anything Google does for the Pixel 2 does nothing for owners of older Androids, who will either have to hope a future Android OS that fixes the problem will still be available for them, or they’ll simply have to upgrade.

So, to conclude, if you want to record a 1080P video for longer than 30 minutes on the vast majority of Android smartphones today, good luck trying.

And hopefully no other video you might want to record will be longer than that, because if it is, you now know what will happen.

You also now know that iPhones do not have this problem, and you can record for as long as you have storage space and battery life.

It also appears the Huawei P10 Plus does not have this problem, so maybe Google should start copying Huawei, too. 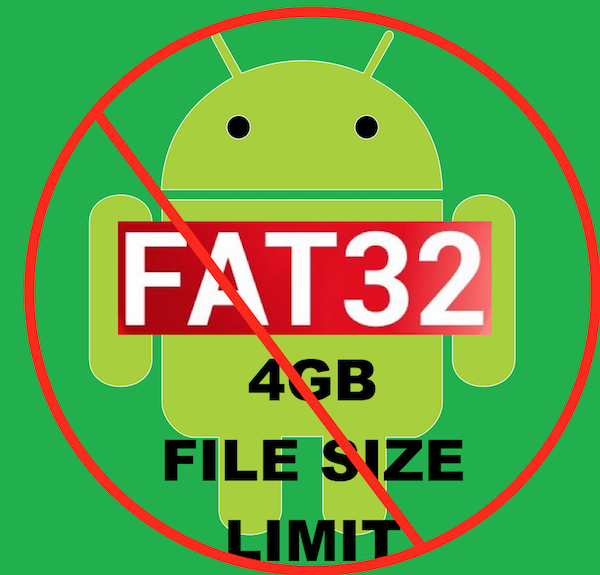