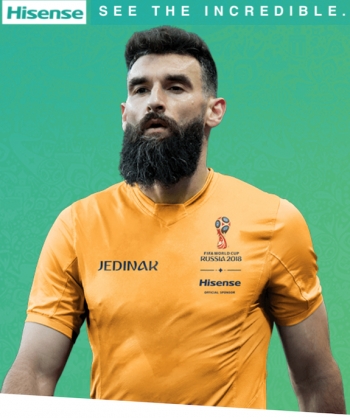 Hisense has signed Australian soccer stars, Mile Jedinak and Ellyse Perry, as brand ambassadors ahead of the 2018 FIFA World Cup and has a competition to celebrate in the hope of making more sales.

With a suite of new Hisense televisions soon to arrive in Australia, the company is taking advantage of its global World Cup FIFA sponsorship to get you thinking about buying a new Hisense TV to watch the tournament.

The company will also "launch a consumer competition, giving football fanatics the chance to win a trip to the tournament", and as you'd expect, the signing of Australian soccer superstars Jedinak and Perry as local brand ambassadors ahead of the 2018 FIFA World Cup in Russia is all part of the cause.

We're told that the partnership will see "Jedinak, the captain of the Australian team, and Perry, who has represented Australia in both soccer and cricket, partake in a number of campaigns throughout the year leading up to and post 2018 FIFA World Cup".

Andre Iannuzzi, head of Marketing at Hisense Australia, said: “Television is the gateway to incredible experiences and as official television sponsor of the 2018 FIFA World Cup™ we want to inspire Australians across the country by inviting them to see the incredible right from their living room.

"Our 2018 TV range will be arriving in Australia in the coming months and promises to deliver award winning picture quality just in time for all the action from Russia in June and July.

“With the World Cup just a few months away, 2018 is shaping up to be another big year for Hisense. We’re thrilled to be the event’s official television sponsor and we’re even more excited about working with Mile and Ellyse, some of the best players our country has to offer, to bring this sponsorship to life."

Jedinak, who we're reminded "scored a hat-trick in the World Cup qualifier against Honduras", is "eager to take the field when the tournament kicks off in June".

He said: “I grew up watching my favourite players on television competing at the World Cup and I remember being completely in awe of their mind-blowing talent.

"From that moment, I fell in love with sport, so I’m proud to be partnering with Hisense to help inspire the next generation of Australian soccer stars from inside their lounge rooms."

She is "a highly regarded Australian sportswoman who will bring great value to Hisense’s brand activity during the World Cup and throughout the year".

Perry said: “It’s been a long four years since the last World Cup and I can’t believe Russia is finally upon us.

"Soccer is an incredibly rewarding sport — to play and to watch — and I’m looking forward to collaborating with Hisense to help bring the sport and the World Cup to Australians around the country."

To celebrate the new partnership, Hisense says it is "launching a nationwide consumer competition to take two lucky Hisense customers to the 2018 FIFA World Cup in Russia".

To enter you'll need to buy "any Hisense product between 1/3/2018 and 15/4/2018 from a participating authorised Hisense Australia retailer", and you'll have an opportunity to win.

To enter, you'll also need to "complete an online entry and registration form and share a creative response to the question, which is 'Why do you want to go to Russia?'."

Runners up will be offered "a range of Hisense FIFA World Cup Premium prizes".

Hisense recently announced a new range of ULED televisions, and, for the first time, an OLED television, at the Consumer Electronics Show in Las Vegas. All of these new models "will be launched locally in the coming months". 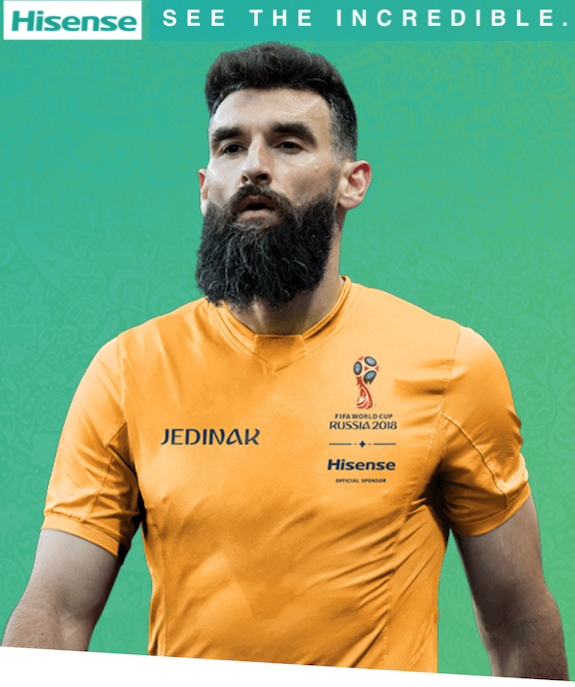 More in this category: « Ballistix lists its top 10 tips for building your first gaming PC Powerfully sucky move: Dyson ditches corded vacs as new V10 has 60 min battery »
Share News tips for the iTWire Journalists? Your tip will be anonymous