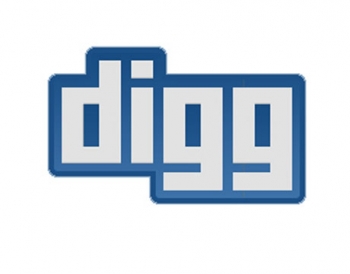 The software will see a June beta release but te company also said the final product might not be free, unlike Google's ubiquitous RSS software.

Following Google's announcement that it would be killing off Reader as of July 1, Digg said that it would take it upon itself to fill the gap with its own RSS service.

The company conducted multiple surveys on discovery and reading features, as well as "more ancillary features like read later and sharing."

"It almost goes without saying that our reader will include seamless sharing to all these services," Digg said in a post on its official blog.

"Free products on the Internet don’t have a great track record. They tend to disappear, leaving users in a lurch. We need to build a product that people can rely on and trust will always be there for them."

The blog post also laid out plans to include support for Pocket, Instapaper, Evernote, and Readability.

Digg fans can sign up online here to participate in surveys and receive updates about the new product.

In July 2008, the company took part in advanced acquisition talks with Google for a reported $200 million price tag, but the deal ultimately fell through.

Four years later, on July 12, 2012, Digg was sold in three parts: the Digg brand, website and technology were sold to Betaworks for an estimated $500,000; 15 staff were transferred to the Washington Post's SocialCode for a reported $12 million; and a suite of patents were sold to LinkedIn for about $4 million.

More in this category: « Facebook's profit up 58% Who do you trust with your Facebook? »
Share News tips for the iTWire Journalists? Your tip will be anonymous