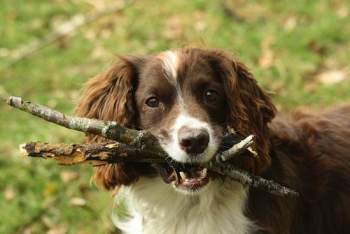 Security vendor Bitdefender is warning of a wave of scams relating to the purported sale or relocation of pets.

A variation on the 'advance fee' frauds that keep cropping up, fake websites are seeking money in advance for a variety of fees associated with the purchase or transportation of pets. In addition to the more typical cats and dogs, Bitdefender warns, the scammers are also mentioning exotic animals such as the fennec fox. (Trivia note: 'Fennec' was the codename for the mobile version of the Firefox web browser.)

One particular scam the company has spotted involves "a fraudulent company" called Pets Relocation, supposedly "the leader in the horse relocation industry."

A variety of fees are sought by the fraudsters, Bitdefender officials warned, adding that experience shows that some victims are subsequently targeted again by someone posing as a lawyer or law enforcement officer who can help them recover their money - but presumably another set of advance fees are sought.

The company also warns people to be careful where UK (+44) phone numbers starting with (0)70 are involved - while they do have legitimate uses (eg, to keep a personal number private when advertising a used car, or as a 'follow me' number so a person can be contacted on the same number wherever they happen to be), they are charged as premium services so they are also used by scammers either to conceal their real numbers or to generate revenue.

Such services can also start with the (0)76 prefix.

More in this category: « Thousands of ONESeniors lose their phone number Acer says All-in-Onsies is the way to go »
back to top