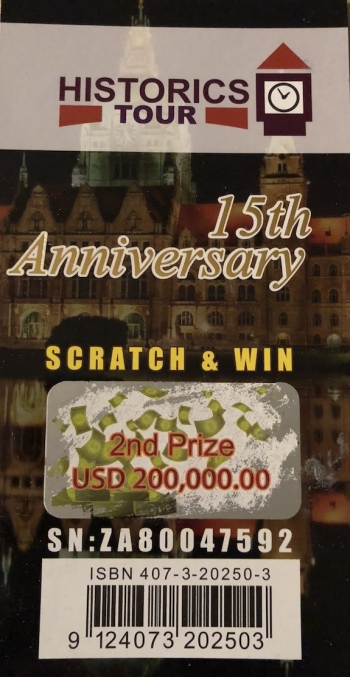 Since 2011, Malaysian scammers have run a very sophisticated fake "complimentary lottery" scratch ticket scam, with prizes of hundreds of thousands of US dollars and consumer electronics.

If you get an A5-sized eight-page folding professional-looking brochure from one of several Malaysian travel agencies, and from "Historics Tour" in 2018, with two professionally printing scratchie tickets, it's a scam.

As you can see from the photos below, the everyday person might not wonder why precisely they were sent a brochure in the mail with two scratch-off tickets, but might get excited when they inevitably win a prize, being major or minor.

In my case, my Mum was given the tickets and brochure by a well-meaning friend, who genuinely had no idea they were a scam, but even before I scratched up a US$200,000 win, it all seemed to good to be true.

So, after my "lucky win" just a few minutes before I started typing this article, I did a search for Malaysian travel agent lottery scams, and I found one article in the Courier Mail from 2011, entitled "Police warn of scratch card scam run by Malaysian-based Emperial Travel" and another from the Northern Star from 2015 entitled "Scam watch: Dodgy scratch tickets promise thousands".

The wording in those articles is the same being used in 2018, so all that has been updated is the prizes.

That's a huge amount of money being given away in a "complimentary lottery", so right off the bat, it all seems suss, but as the Northern Star article lists above, "A hint of the scam to come was a condition that 'winners may be obliged to submit taxes or any other mandatory charges' as a result of the award" – with the wording in 2018, as you'll see in the photo below, being exactly the same.

So yes, if you think you're going to win, but are then told you need to send money to release funds, or to send copies of sensitive personal documents, it's all a scam.

Obviously I haven't sent any information to anyone – I "won" my prize and immediately smelled a rat, so I've taken photos, written this article, and hope sincerely that anyone else "winning" one of these prizes on the Internet finds this article or similar ones like it before submitting any personal information.

No-one wants a so-called win turning into their life savings being drained or their identities stolen and messed with, so please, as always, if it seems to good to be true, or you've won something out of the blue without ever having entered or paid for a ticket, watch out, scammers about!

Here are eight photos for you to see and marvel at their ridiculousness, and ability to fool the unwary: 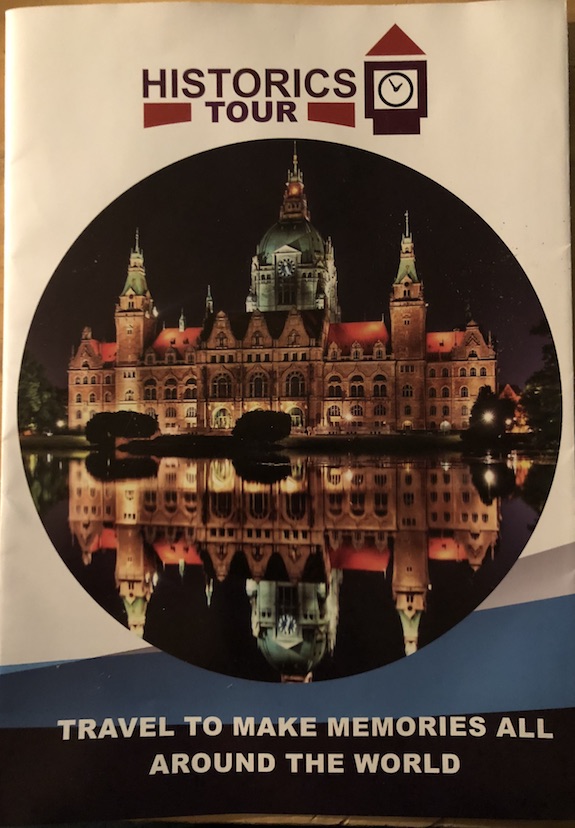 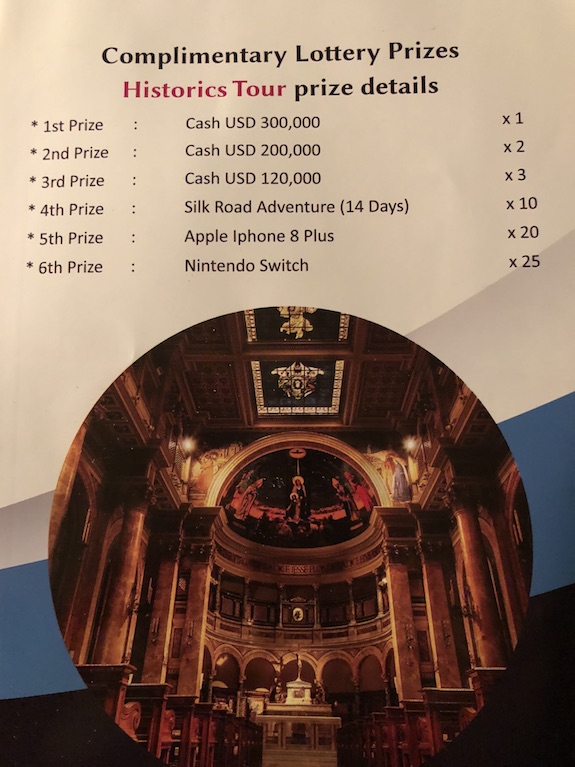 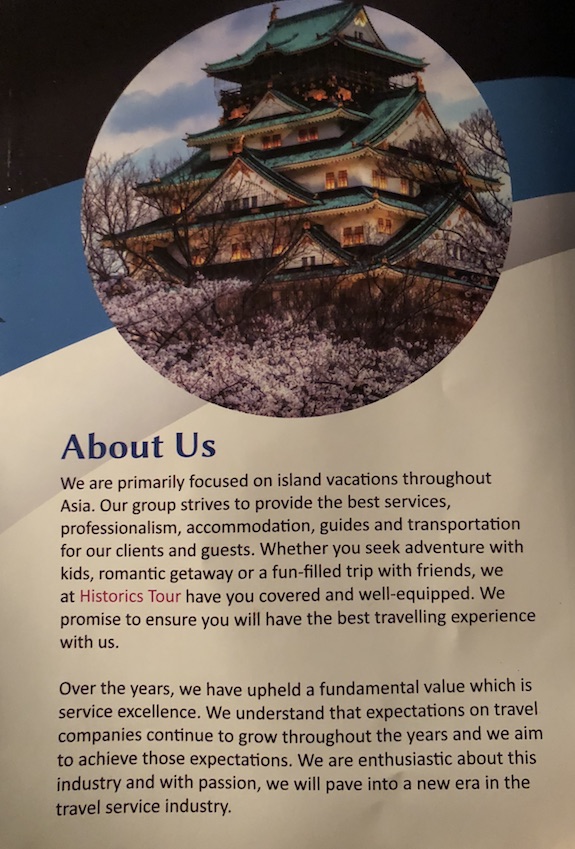 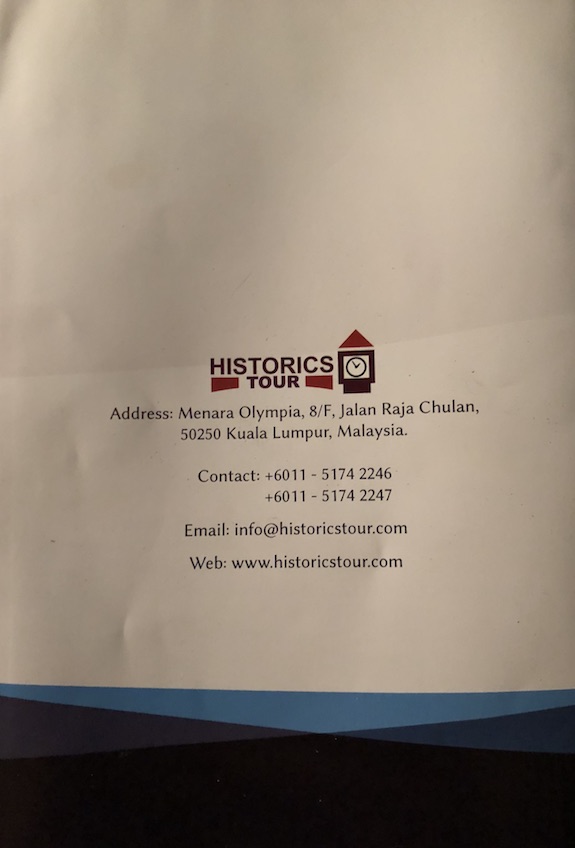 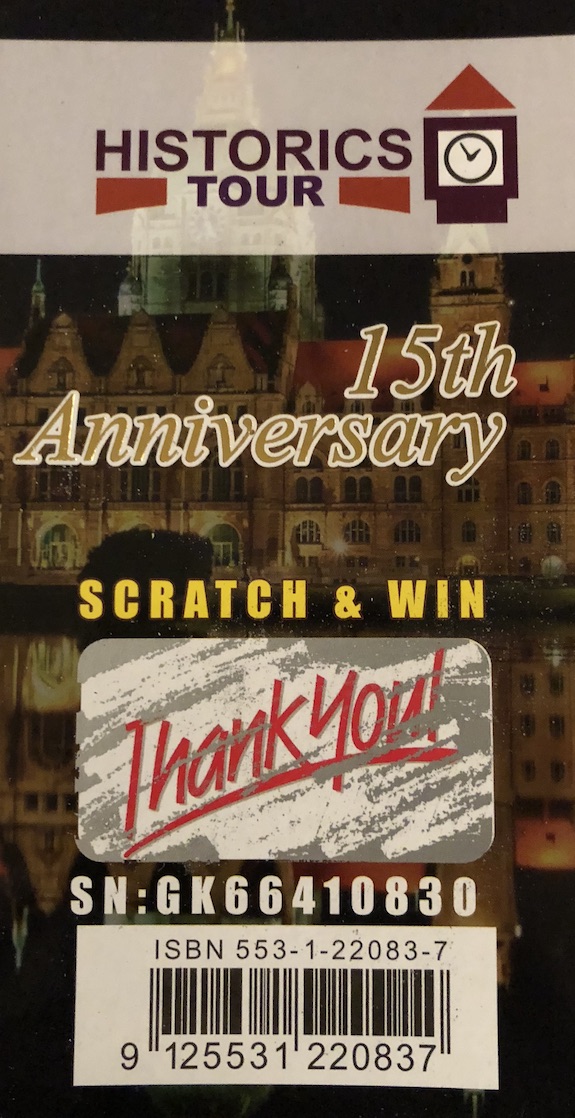 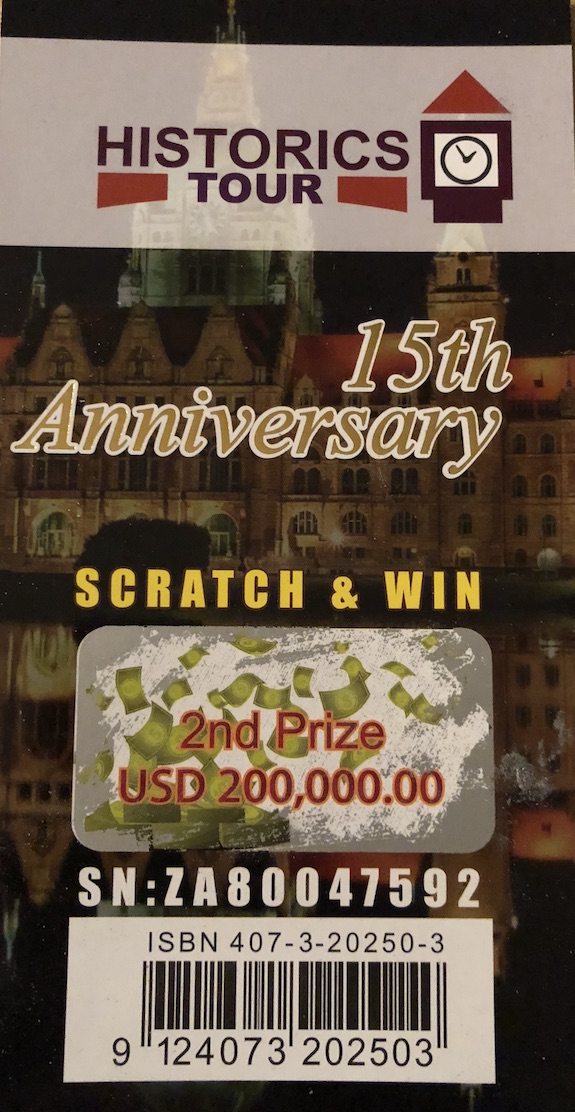 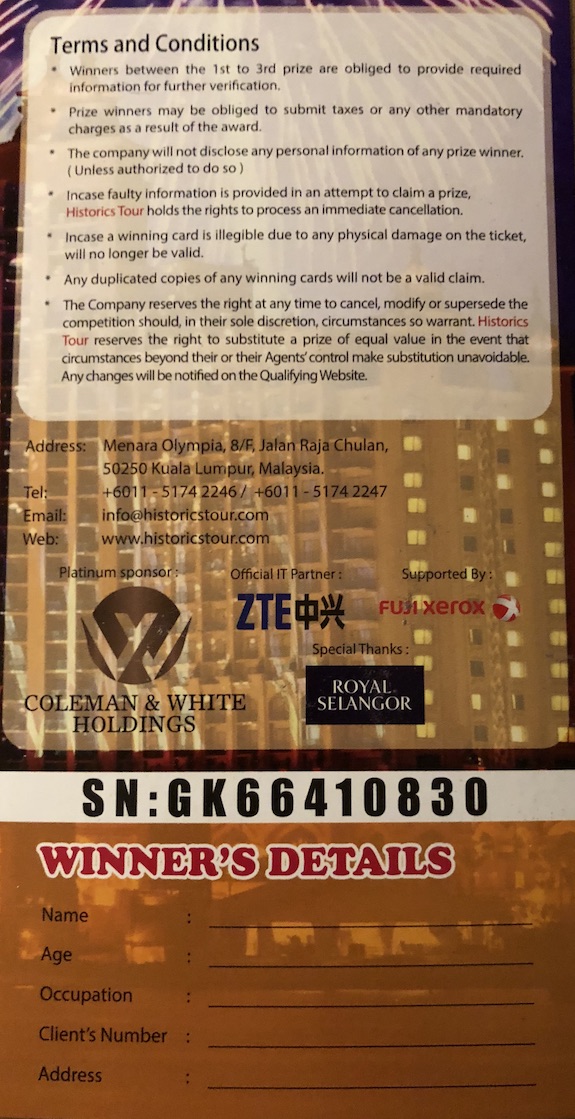 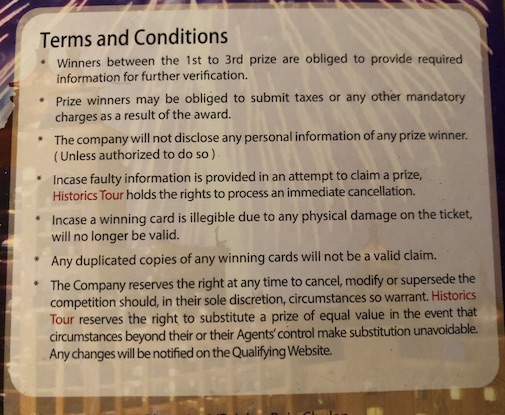 More in this category: « VIDEO: Samsung unleashing Galaxy Note 9 on 9 August unto the world Amazon Prime Day 2018 in Australia starts midday 16 July for 36 hours »
back to top