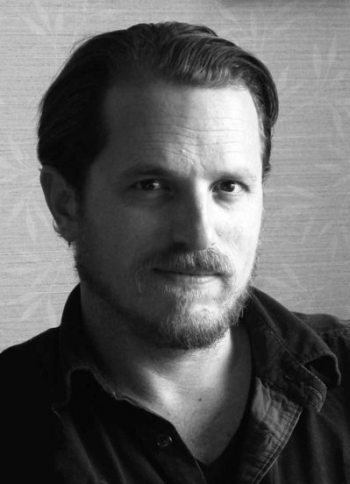 Ever feel like you're not close enough to the footy? HD broadcasts make our great game increasingly realistic and engaging, but what if you could literally feel what's happening at the MCG? A new tech-enabled shirt from an Aussie advertising firm has just taken out a prestigious advertising award in the US, and we spoke to one of the guys behind it.

The Alert Shirt made some big waves when it was announced back in March - a shirt that gathers real time data from the footy field that then translates to sensations on your body. The shirt uses game data to simulate feelings like the pressure of kicking a goal, a tackle, the sinking feeling of a mistake – all combining to create a next-level experience that means viewers won't be able to say they're just 'watching the game' anymore.

The shirt, created in Australia by advertising agency CHE Proximity in conjunction with Foxtel, was such a hit that it took out a Grand Clio award for Engagement - an award judged by owner of the Dallas Mavericks, Managing Director of ESPN and Global Head of Sports Partnerships at Gillette, to name a few.

iTWire sat down for a comprehensive interview with CHE Proximity's Executive Creative Director Leon Wilson to dig into what tech is inside the shirt, how the deal with Foxtel went down and what's in store for its future.

What's the idea behind the shirt, Leon?

It allows you to feel aggregation of your team, things that are happening to your team, in real time. The mechanics of it is that it pulls real-time game information from Champion Data, and they give real time aggregation of data about the game. There's an app that you need, the Alert Shirt app that you download off either Google Play or the App Store, that syncs to the shirt. When we presented the idea to the client, they asked us how it could be done and how we'd do it, and we absolutely had no idea. But we got lucky I guess in that Champion game data already exists - and the app pulls that information and converts it into different sensory experiences. There's five of them. Pressure, which is a thumping heart beat when your team is on the line, there's Impact, so it makes a shock sensation when players collide or are tackled, there's Frustration, which is kind of a sinking feeling, and exhaustion, if they're running around putting in a lot of effort, and Adrenaline, when your team is on the up and up.

What's in the guts of the shirt?

In the mechanics of the tech inside the shirt there's a thin latex housing that goes on your chest. And in it there's a RFduino circuitboard, which has Bluetooth connectability, so that's what connects to your phone. And that relays a signal out to four haptic feedback motors that are spread across the silicon enclosure and there are sensors between the app and the RFduino board. There are different songs that are written to get the different sensations. So say for Impact, all four of those haptic sensors give you a jolt, and for the sinking feeling, Frustration, you get the song, the coding, is like a swirling pattern between the four motors on your chest. In terms of the differentiation between the sensations and the gameplay there are five different sensations but then differing levels of intensity depending on the aggregate of the gameplay as well. One Impact might be a little bit stronger than another one. Also there's a two second delay with sport coverage on TV, on high-def broadcasts, so that allows us that time for Champion game data to be entered, and the translation of that data into the songs and then that translates to sensations on your chest. So I guess we got lucky on that too.

When you're syncing your phone to the shirt you go through a couple of steps. First of all you choose whether you're viewing it in standard or high-def, or live as well, but live suffers a little bit as an experience. Then it shows you what game is relevant, so if there's more than one game happening you select which one it is, and then you select your team. So if you're a Geelong supporter you select Geelong. And then it's all go from there.

Tell me about the award you guys won.

There's an award called the Clio Awards, and they're a big international advertising award festival. And there's a festival in its own right called Clio Sports, and I think the idea is to expose the fact sports marketing is becoming increasingly sophisticated, with lots of tech involved these days. And some of the stuff coming out of America is really cool, there's big dollars there. The jury is interesting too, they normally have advertising people as part of the jury like myself for example and you get judged based on advertising criteria, but with this one the jury members own a basketball team or own a NASCAR team, and they're really relevant to what it is that they're judging. It's not the advertising agency people, it's the other side, and they're really sports specific.

How was it distributed?

There were 4,000 shirts made in total. Essentially it's a split between going after new Foxtel subscribers, and reward loyal customers. It was an ad campaign, and direct mail went out to existing and lapsed footy club members. They got the first opportunity to get their hands on the Alert Shirt, and essentially it's like gift with purchase, I guess. So if you subscribe then you get the shirt. About 2,000 of the shirts were available to new subscribers, and with Foxtel there's always the balance between attracting more subscribers but also rewarding existing customers, because if the good deals are always available for new people you're going to get annoyed. So there were around about 1,000 that were for existing loyal customers, and the rest were for promotional purposes, so you could win one for example.

And in regards to the Alert Shirt, we looked at the production cost, and if it resulted in a subscription we could throw quite a lot of money at what people got. It's relatively expensive to make, but ut was worth it. So rather than just send people out some generic kind of thing like a Hawthorn scarf or a plastic popcorn machine, for example... People get junk sent all the time. But we figured there's a hard cost, but this is much more worthwhile. It's an exciting product and people actually use it. It's been a big success.

It was really interesting how people in America responded to it. The reaction was huge. We had some TV networks cover it, ABC covered us, and the Wall Street Journal. And what they recognised was that while it's for Aussie Rules football, it's completely transferable to American football, and ice hockey for example. Ice hockey's a very high impact sport. So there's conversations around gaming and things too. For us it was really intriguing that it generated so much of a conversation in the States. And we partnered with a production called Wearable Experiments, and they're making inroads into seeing if certain sports in the US are eager to pick it up as well. But nothing confirmed yet.

For more info on the Alert Shirt check out the video below.

More in this category: « Screenshot of 4Chan post about art sells for $90K on eBay Telstra picks Netgear for new cable gateway »
Share News tips for the iTWire Journalists? Your tip will be anonymous