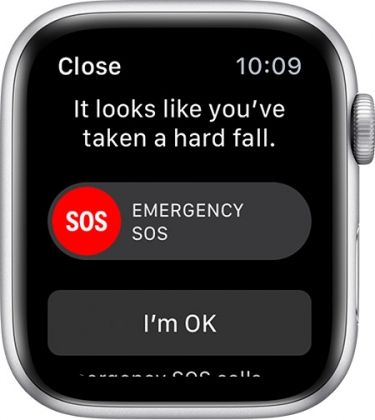 The Apple Watch from Series 4 and above has offered a fall detection feature that is automatically turned on for those over 55, and which you can turn on manually if desired, and it unexpectedly helped Latrobe Valley man Jason Potts who didn't know Apple Watch could do this!

It's all over the 6pm TV news and online print media in Australia tonight as I type - there's yet another case of an Apple Watch helping to save someone's life.

Normally these stories are about people whose hearts are beating far too fast to be normal, get a notification about Atrial Fibrillation (something sadly not yet available in Australia) or helped someone in a crash who could use Siri to call for help when their iPhone wasn't easily accessible.

But this story popped up at the News.com.au site with the title "Apple Watch calls 000 after owner Jason Potts ladder fall", and it's definitely a fascinating story.

The article explains that Jason Potts was nearly finished cleaning the gutters of his home, and despite holding onto a piece of wood connected to his house as he was at a weird angle, the water pressure washer he was using to clean his gutters was too strong. The piece of wood broke and he fell, heavily.

Potts is reported to be 54 years old and over 100kgs, which made the impact of the fall worse, and the article says he fractured two ribs, had a nasty gash on his head, which was bleeding. He dislocated his collarbone, fractured his collarbone and spine too - all of which are nasty injuries.

We're told that neighbours rushed to help and one was even calling the emergency 000 number, Australia's equivalent of 911 in the US, when a voice came from his Apple Watch, which was the voice of a 000 emergency operator ready to help.

The operator noted that the Apple Watch had called and reported a hard fall, and they were wanting to know if any assistance was required, like an ambulance.

The watch also sent a text message to his wife as she was set up as an emergency contact, and sent a map of his location, although as his wife was at home at the time.

Potts didn't know his Apple Watch could do this, and said he was "comforted" that this feature was available, and helped him in his time of need.

The original article has all the details which are absolutely worth reading in full, and it's good to know that Jason Potts was definitely attended to by paramedics. He has returned from hospital and has up to six weeks of recovery, so while he's still healing, he has survived!

So, what other devices have the same feature, and how do you check to see if your Apple Watch has this featured enabled?

TechRadar has a list of the best fall detection sensors of 2020 here, but there's nothing like having a smartwatch you may well already own having this feature built in.

Apple has a support page you can see here, entitled "Use fall detection with Apple Watch". 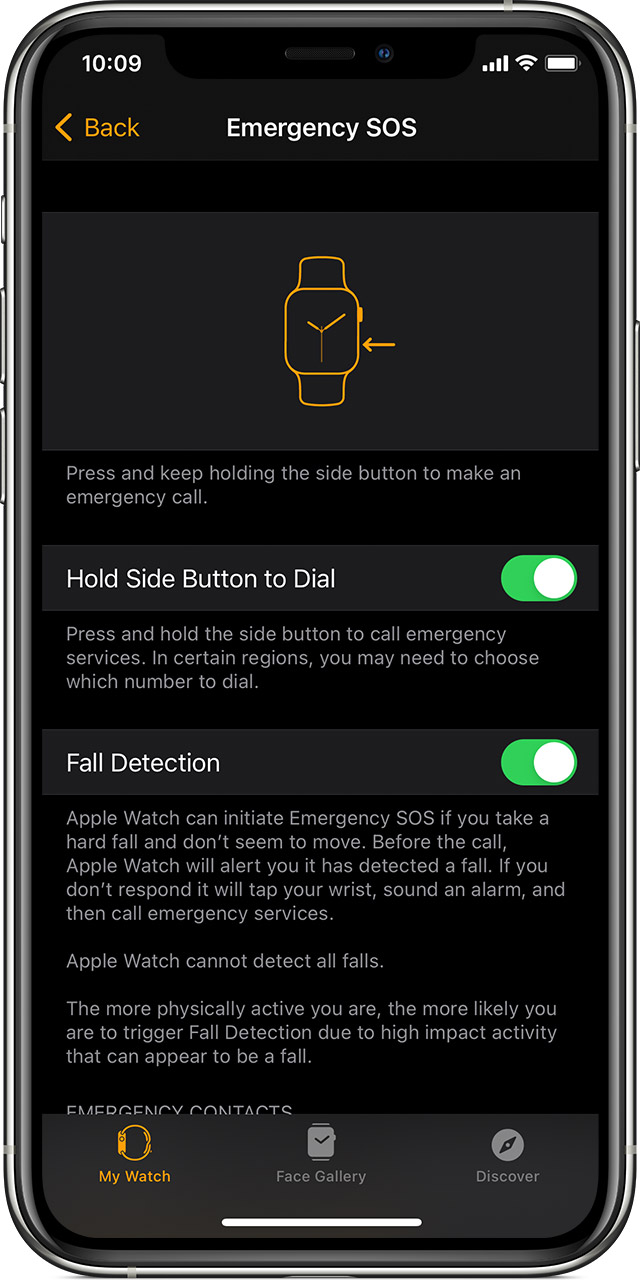 Apple explains how the feature works, and states: "If Apple Watch Series 4 or later detects a hard fall while you're wearing your watch, it taps you on the wrist, sounds an alarm, and displays an alert. You can choose to contact emergency services or dismiss the alert by pressing the Digital Crown, tapping Close in the upper-left corner, or tapping "I'm OK."

You'll also see a message on screen that says "It looks like you've taken a hard fall."

There are more details you can read about at the support page here, with the next section of the document entitled "What happens if your Apple Watch detects that you're immobile"

Here we learn: "If your Apple Watch detects that you're immobile for about a minute, it begins a 30-second countdown, while tapping you on the wrist and sounding an alert. The alert gets louder, so that you or someone nearby can hear it. If you don't want to call emergency services, tap Cancel. When the countdown ends, your Apple Watch automatically contacts emergency services.

"When the call connects, your Apple Watch plays an audio message that informs emergency services that your Apple Watch detected a hard fall and then it shares your current location as latitude and longitude coordinates. If you previously turned on the Share During Emergency Call setting under your Medical ID, your Medical ID is also automatically shared with emergency services. The first time the message plays, the audio is at full volume, but then the volume is reduced so that you, or someone nearby, can talk to the responder.

"The message continues to play until you tap Stop Recorded Message or the call ends.

"Wrist Detection must be turned on for your watch to automatically call emergency services: Open the Settings app on your Apple Watch, tap Passcode, then make sure that Wrist Detection is turned on."

When are falls recorded

"Falls are automatically recorded in the Health app, unless you reply that you didn't fall when your Apple Watch asks. To check your fall history, open the Health app on your iPhone, tap the Health Data tab, then tap Results".

The support document also shows you how to turn fall detection on and off, and how you can set up your Medical ID and emergency contacts.

Apple also states "If you entered your age when you set up your Apple Watch, or in the Health app, and you’re age 55 and over, this feature turns on automatically. Make sure that your correct age appears in your Medical ID and your Health Profile. Fall Detection is available only for those 18 or older.

Note: Apple Watch cannot detect all falls, and if you're heavily physical, this feature could be triggered.

"Apple Watch cannot detect all falls. The more physically active you are, the more likely you are to trigger fall detection due to high-impact activity that can appear to be a fall".

You can also set up your Medical ID with details here, with Apple explaining that "Medical ID helps first responders access your critical medical information from the Lock screen, without needing your passcode. They can see information like allergies and medical conditions as well as who to contact in case of an emergency".