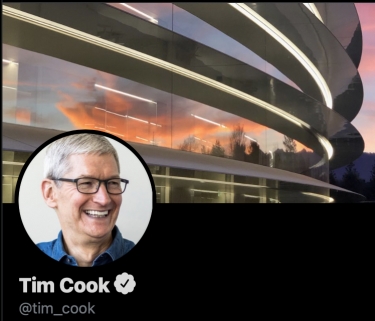 On the first of April, 1976, Apple was launched, and today, while it has plenty of detractors and copycats, it is the world's most impressive technology company that sets the pace all others follow.

What would the world be like today if Apple wasn't around?

The world's tech companies would have to do their own real R&D, instead of being inspired by Apple, and someone else would have taken up the mantle for elegant and sophisticated hardware and software - or at least, we can only hope so.

Before Apple, Nokia was the company that owned its own OS and created its own hardware, and while Microsoft tried to fill that role, too, with its Windows Phones that worked alongside Windows PCs, the Surface Duo Android smartphone hasn't exactly set the world on fire, and the Surface Neo is still not on sale.

Linux has come a LONG way and has succeeded spectacularly, but it's still far more the province of tech-savvy geeks, rather than everyday people who use Windows PCs or Macs, or iPhones and Androids. And yes, Android is built in a Linux foundation but the average person wouldn't have any clue of this, while every Apple user knows they're using an Apple operating system.

In addition, Apple has become a $2 trillion company with over $200 billion in the bank, with its technologies becoming more popular with each new release and every new year, and profit records being set every year, too.

Unless the world blows itself up in a nuclear war, or some other environmental or financial catastrophe, technology is only going to continue getting better, and helping to augment human minds in the quest to find solutions to environmental and financial problems, and avoid war, with Apple Glasses to come this decade, Apple Cars and much more, including M-powered MacBooks and desktops that have already surpassed Intel's ability to make an inexpensive CPU that doesn't require a fan but has amazing power.

So, what has Apple CEO Tim Cook had to say in a Tweet to celebrate Apple's 45th birthday, and in his company-wide email, republished by the French MacGeneration site?

As Apple celebrates 45 years today, I’m reminded of Steve’s words from many years ago: “It’s been an amazing journey so far, yet we have barely begun.” Thanks to every member of our Apple family for all you’ve done to enrich lives. Here’s to the next 45 years & beyond!

Note, the date says "April 2" if you're looking at the Tweet in an Australian timezone, but it says April 1 in the US as that's when it was sent. Your timezone location will reflect what date the tweet says it was sent at.

On April 1, 1976, a company was formed in Cupertino to create transformative products that redefine what technology can achieve and make people's lives better in the process. Forty-five years later, we mark this occasion by rededicating ourselves to that mission — and to keeping it alive for a long time to come — rather than to remember it fondly as something past.

While some things about Apple have changed over these many years, the important things haven't. From the M1 chip to 5G iPhones, from iPads that change the face of education and productivity to a Watch that can look out for your health, to the very best Software and Services that bring them all to life, we have never stopped setting the pace that others try to match. What I can tell you with gut certainty is that there has never been a moment of such great potential as this one, nor have we ever had so talented and dedicated a team. That shouldn't make us rest easy. Great potential obligates great people to meet it.

I know this past year has tested each of us in ways that we never imagined. It's asked all of us to adapt, it's added complexity to our work and it has demanded additional resolve and commitment in areas of our lives that extend well beyond our work. But I also know that what we have each achieved during this time should make us enormously proud. Through a once-in-a-generation challenge, the things we make, and the ways in which we make them, have revealed profound and durable new sources of value to the people who love and count on them. And, on many fronts, we know even brighter days are ahead.

In an email like this one, to mark a much earlier anniversary shortly after I joined Apple, Steve said, "it's been an amazing journey so far, yet we have barely begun." Still true. Remember that none of us will be here for the end of the story, but it's on all of us to make sure it's one worth telling.

More in this category: « RØDE shows how your ears can USB-C with the new VideoMic Me Afterpay Card launches on Apple Pay and Google Pay »
Share News tips for the iTWire Journalists? Your tip will be anonymous