Apple 'Show Time' event confirmed for 25 March, one to 'watch' 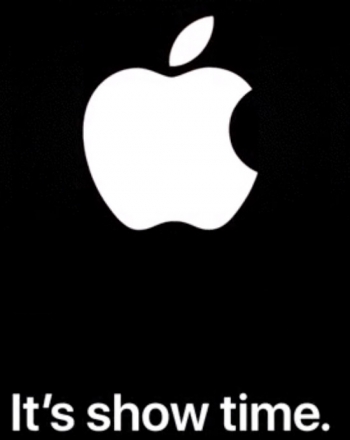 Apple's long-awaited video streaming service is expected to debut on 25 March, which will be 26 March for Australians, but the event should be about much more than movies and TV.

The event will be during the early morning hours of 26 March for Australians, and there's plenty that could be on offer.

First up is Apple's long-awaited TV and movie streaming service, a Netflix-style offering that will complement Apple Music, while offering a host of original Apple-funded and mostly family-friendly content.

Apple also purchased a service called Texture a year ago, a magazine subscription service, which opens up the possibility of Apple offering music, TV, movies, magazines and newspapers — and who knows, presumably books at some point too — all in separate all-you-can-eat/read/listen/watch pricing plans, or as one giant bundle.

Of course, Apple has been selling TV shows, movies, music and books individually for years, but the Netflix subscription service which Apple follows with Apple Music is ripe for being rolled out across all forms of media, and Apple seems poised to do it – or at least, with TV shows, movies, magazines and newspapers to add to its existing Apple Music service.

People wishing and hoping for an iPhone SE 2 with tiny bezels and a notch will probably be disappointed, as will those expecting to see new Mac Pro or iMac models, but with Apple's propensity to throw in a "one more thing", anything is possible.

Apple could be saving some of those announcements for its mid year WWDC developers conference, however, let alone its iPhone and iPad announcements due towards the end of the year.

The rumour mill has also been running hot over claims that Apple will launch its AR glasses in 2020, using the iPhone as the processing brains of the device, and presumably using wireless technology to allow the glasses to communicate with the iPhone.

Apple has a storied history in letting other companies launch unpolished versions of technology before coming out with its own solutions to global acclaim, huge profits and world-wide sales, so we'll just have to see if the company can pull it off once again.

Still, with Apple having re-invented smartphones and now the global dominant player and brand in this space, with Apple now unquestionably dominating smartwatch sales (despite complete and utter nonsense published by iTWire colleagues in the articles "Apple has produced a flop watch and the market agrees" and "WTF – Watch Tim Fail"), with Apple growing its PC business where PC businesses have seen sales fall after sales fall, with Apple's AirPods wildly successful, with Apple making wireless charging the norm after years of trying by competitors, it seems it will take Apple to do augmented reality right – after years of effort by Google, Facebook, Samsung, Microsoft and HTC in the VR space, and years of effort by Microsoft in the AR space.

Time will tell, watch this space, et al, but history is a great guide, and history shows Apple has succeeded where others have failed.

More in this category: « VIDEO Interview: Angus Muffet explains how ShopBack means cash back in your pocket ASUS saves on paper – and gives PC builders a world of pain »
Share News tips for the iTWire Journalists? Your tip will be anonymous