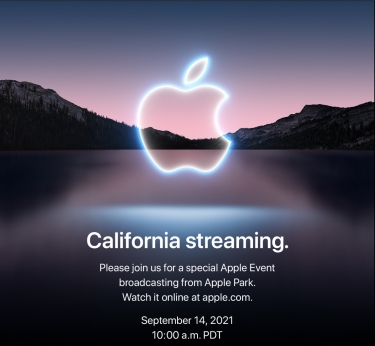 The "Designed in California, Assembled in China" desires of Apple fans worldwide, who are dreaming of Apple's new iPhone 13 range of smartphones, along with the A15 processor and more, will be satiated on September 14, at 10am Pacific Time, which is 3am AEST on Wednesday, September 15 for Australia.

Every year at around this time, the long awaited next versions of Apple's market-leading iPhones are released, with what are invariably the world's fastest CPUs and GPUs, with varying levels of evolutionary and revolutionary new features and benefits.

Some of those features will have been leaked for months, and despite Apple's attempts to double down on secrecy, secrets always seem to leak out, and in 2021, that's no exception.

Hopefully, Apple has indeed managed to keep some new capabilities under wraps, but what is expected is the A15 CPU, which presumably won't be yet upgraded to the M1 processor, although who knows when it comes to Apple.

Then there's a smaller notch, which will mark the first time the notch has become smaller since it first arrived on the iPhone X. Then we're expecting that notch to have improved Face ID detection that can still securely identify you, even if you have a mask on, or foggy glasses.

There will be improved camera, and for the iPhone 13 non-pro models, the camera lenses are meant to be on an angle, rather than a straight line, continuing Apple's methodology of making its camera setup unmissably Apple, so people KNOW you have an iPhone and not some Android clone phone. A faster 5G chip from Qualcomm is also expected with mmWave 5G now available in many more places around the world, including Australia.

A bigger battery is expected in all iPhone 13 models, and rumours of wireless reverse charging continue. Apparently there will be no under-screen Touch ID sensor, but the screen is expected to offer 120Hz refresh rates for smoother scrolling, at the expense of battery life, but the 120Hz is also expected to be intelligent as it is on iPad Pros. A 1TB capacity is rumoured, but sadly, no-one has said a word about long-awaited Apple Pencil capability for the new iPhones.

Some think Apple might not call the next-gen iPhones to iPhone 13, because of superstitions that 13 is an unlucky number, so it might be the 12s, or just the iPhone 2021 edition. Eschewing 13 would presumably also rule out 14 due to Chinese superstitions that the number 4 has the same sound as the word "death" in Mandarin and Cantonese, but Apple did launch the iPhone 4 and 4S, so we only think Apple is super, not superstitious.

Apple has also released iOS and iPadOS 15 to beta users, and I can say both of these operating systems are truly fantastic, excellent upgrades to the existing iOS and iPadOS. They'll be must-upgrades when they launch, and the iPhone 6S and above is compatible!

Apple is also expected to launch the Apple Watch Series 7 with watchOS 8, with a new Apple Watch that has flat sides like the iPhone 12 and iPad Air and Pros, and a larger 45mm screen instead of the 44mm screen on the bigger model, and a 41mm screen instead of 40mm on the smaller model. This would mean the possibility of more complications and naturally, a larger screen to look at.

So... new Apple products are on the way! And there are more products on the way, rumoured to come in at least one more Apple event this year. We're still waiting for AirPods 3, which might be launched next week, and then new MacBooks, be they Airs, Pros or more, with what is expected to be svelte new designs, with either an M1X or M2 processor. So get ready, because what will be California Streaming dreams for Apple fans could well be California nightmares for all of Apple's competitors!

More in this category: « Wearable band shipments up by nearly 6% in second quarter Samsung announces 'record pre-sale results' for its 3rd-gen Z series Fold3 and Flip3 »
Share News tips for the iTWire Journalists? Your tip will be anonymous