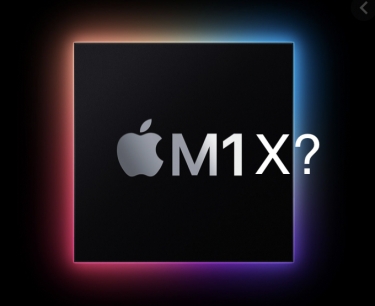 With all the rumours flying left, right and centre that 2021 iMacs are due to launch this month, alongside the much anticipated AirTags, new AirPods, new iPad Pros and a new Apple TV, one leaker suggests the new iMacs will have a 12-core M1X processor.

If there's one thing you want to avoid, if possible, it's buying an Apple product that is just about to be superseded for a new one, which will come with various new features and a faster processor - at about the same price.

A good place to see how long it has been since Apple launched the most recent version of the Apple product you're thinking of buying is the Buyer's Guide at the MacRumors site which also shows the average time between new releases.

An example is the iPad mini, which has been out for 751 days, with an average time of 471 days between new releases, but oddly, there don't appear to be any rumours that a new iPad mini is due to launch this month - all the rumours have suggested iPad Pros, although who knows - maybe an iPad Pro mini will arrive alongside its bigger brothers, too.

But with all the focus on the new iMacs and new iPad Pros, speculation has turned to what processor will be inside the new iMacs. Naturally, it's easy to assume that an M1 processor of the type we see in the MacBook Air, the MacBook Pro and the Mac mini, but it's also easy to expect a more powerful M1X processor that gives iMacs more power - and more longevity, given that we'll surely see M2 processors next year, and M3 processors after that.

This is especially so with Apple having a roadmap that stretches out for years, and for working on next-gen processors to come long before they see the light of day.

So, given this, I had a look online for rumours about what processor the 2021 iMac might contain, with a leaker on Twitter called LeaksApplePro suggesting some interesting information.

In the tweet, embedded below, we're told that "Production is doing great" when it comes to the redesigned iMac, and that it will be "ready in 1 or 2 months", which doesn't preclude an April or late April launch, because Apple is certainly no stranger to pre-orders and seeding devices to well-known Apple bloggers and journalists who will review the machines before their general release.

The leaker says there will be 24-inch and 31.5-inch models, with the latter obviously close to the 32-inch screen size that people have been talking about.

We're also told that the "M1-based processor" will have 12 cores, of which 8 will be at 3.2Ghz, and the other four presumably low power cores that can keep regular tasks running without the higher power drain that higher power cores would presumably entail when running more demanding apps, or games.

Then we get to a claim of 16 graphics cores, double that of the current M1 processor, although the entry-level M1 MacBook Air has a 7-core GPU.

There are expected to be five colours - Silver, Space Gray, Green, Sky Blue, and Rose Gold.

A redesigned cooling system is also in the offing, and of course, it wouldn't be a groundbreaking next-generation Apple product if the screen didn't come with narrower bezels.

The other big thing we expect to see is the new iPad Pros running A14X processors, although people have suggested the M1 will be inside. Leaked benchmarks show the supposed A14X processor is effectively as powerful as an M1, and will also come with 8GB RAM, which suggests the next iPad Pro could be made to run Macs.

ZDNet's Jason Perlow has an excellent article titled "One Apple platform in 2021: the year iPad and Mac begin to converge", which looks at how iPad Pros, with all their power, could run a cut-down Mac runtime that ran Mac apps parsed through Apple's upcoming third-gen Catalyst software, which allows iOS developers to get their iPhone and iPad apps running on macOS.

What if Catalyst 3 could enable Mac apps to run on an iPad Pro?

An iPad Pro works with keyboards, mice, trackpads and the stylus, and it has a touch screen. It will have equivalent power to a MacBook Air - all that's needed is the ability to run Mac apps without all the macOS baggage.

If anyone could do this, it would be Apple, who has spent well over a decade preparing for this moment, unlike Microsoft who tried to unveil Windows 8 onto the world in one fell swoop to do the same thing several years ago.

Apple takes its time and builds strong foundations. Meanwhile, Microsoft is still to release Windows 10 X to try and turn Windows 10 into a proper touch-based OS that also works with stylus, keyboard, mouse and trackpad.

Microsoft's flagship Surface Neo is supposed to have launched last year, but given that it hasn't, we can only imagine that it just isn't ready yet.

On the other hand, Apple is about to release iOS and iPadOS 15 - benefitting from 15 years of development and improvement.

Of course, Microsoft will say Windows 10 has benefitted from decades of improvement, too, but it's still possible to try and add hardware the old fashioned way in Windows 10 and come up with an installation screen from the Windows 95 days when A: drives were still around.

So, exactly when Apple will launch these new products, and whether they'll have any of these capabilities is still not known, although expectations are high that April is when it will happen - for the new iMacs, at least, but hopefully all of the other expected new products, too.

- Production is doing great. Ready in 1 or 2 months.

More in this category: « Huawei launches FreeBuds 4i for $159, with bonus Huawei Band 4 fitness tracker until 30 April Nokia's new G10, from $199, offers 3-day battery, 3 years of monthly security updates and a 3-year warranty »
Share News tips for the iTWire Journalists? Your tip will be anonymous