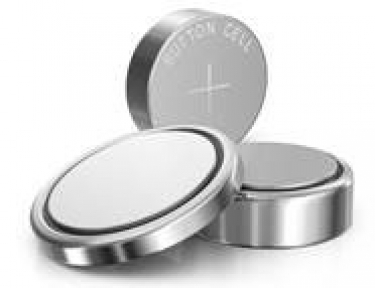 A campaign warning parents and carers of the dangers of button batteries has been launched by the ACCC.

The ‘Tiny batteries, Big danger’ safety campaign launched on Monday by the Australian Competition and Consumer Commission, urges parents and carers to be aware of the serious risks associated with button batteries.

The ACCC notes that in Australia, one child a month is seriously injured after swallowing or inserting a button battery, with some of them sustaining lifelong injuries.

And in Australia and globally, there is a growing record of injuries and deaths from button batteries - the flat, round batteries with diameters up to 32mm and heights ranging from 1-11mm.

The bateries are found in what the ACCC describes as a surprising number of common household items such as toys, remote controls, watches, digital kitchen scales, thermometers and hearing aids.

“If swallowed, a button battery can get stuck in a child’s throat and cause a chemical reaction that burns through tissue, causing death or serious injury.”

“They are tiny, shiny and similar in size to some lollies, making them very attractive to young children.”

Rickard says the ACCC is currently finalising regulatory options to address the dangers of button batteries before making a final recommendation to the Assistant Treasurer, the Michael Sukkar later this year.

“Button batteries are used in a wide variety of general consumer products, which is why we are looking at broad solutions,” Rickard said.

The ACCC says it is also concerned about reports wristbands containing two lithium button batteries were offered to the crowd of 30,000 at the Gabba during the AFL Grand Final on Saturday.

“There are early reports the button batteries are not properly secured. These reports demonstrate the ease with which children can access these dangerous batteries,” the ACCC said in a statement

“The ACCC is currently investigating these reports and advises anyone who received these wristbands to immediately dispose of them, without exposing the batteries, which can be extremely harmful to children.

“If the mandatory proposed standard being proposed by the ACCC becomes law, supply of these types of products would be an offence.”

The ACCC’s button battery safety campaign includes a short video voiced by a child actor, describing the dangers of button batteries and explaining the importance of parents and carers keeping them away from children.

Rickard says the safety risk to children from these “tiny batteries” arises when they can get access to them.

“Many parents, carers and grandparents are not aware of the number of products in their homes with button batteries, and they often may not be aware when their child has swallowed one. It is also very hard for health professionals to detect when a child has swallowed a battery as symptoms are similar to other conditions,” Rickards warns.

“That’s why we’ve launched this campaign, to help parents and other carers understand the dangers of button batteries and how to create a safer home environment.

“If a product in your home must use a button battery, ensure the battery compartment is secured, for example with a screw, and that the battery is not accessible to a child.

“It is also important to remind grandparents, other family friends or carers of the dangers of button batteries and ensure other places the children go to are safe and secure too.”

The ACCC lists a number of tips for parents and carers on button batteries: