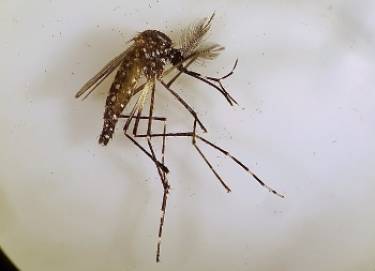 The CSIRO has succeeded in bringing about a significant reduction in the population of a species of mosquito that spreads diseases like dengue and Zika by sterilising males and releasing them in a test region between November 2017 and June this year.

In a statement, the CSIRO said the trial was carried across Queensland's Cassowary Coast in co-operation with James Cook University and Alphabet affiliate Verily.

Scientists used specialised technology to release sterilised males of the Aedes aegypti mosquito species. They mated with local female mosquitoes, resulting in eggs that did not hatch and a big reduction in their population.

Known as the Sterile Insect Technique, the process has been used since the 1950s. Making it work for mosquitoes like Aedes aegypti has involved rearing enough mosquitoes, removing biting females, identifying males and then releasing the huge numbers needed to suppress a population.

CSIRO director of Health and Biosecurity, Dr Rob Grenfell, said: "The invasive Aedes aegypti mosquito is one of the world’s most dangerous pests, capable of spreading devastating diseases like dengue, Zika and chikungunya and responsible for infecting millions of people with disease around the world each year.

"Increased urbanisation and warming temperatures mean that more people are at risk, as these mosquitoes, which were once relegated to areas near the equator, forge past previous climatic boundaries.

"Although the majority of mosquitoes don’t spread diseases, the three mostly deadly types the Aedes, Anopheles and Culex are found almost all over the world and are responsible for around 17% of infectious disease transmissions globally."

Verily developed a mosquito rearing and sex-sorting and release technology as part of its global Debug project.

Scientists compared the number of Aedes aegypti mosquitoes trapped in release sites and control zones to monitor and track populations.

The three million male mosquitoes needed for the trial were reared at James Cook University in Cairns and to do this, researchers set out to raise almost 20 million Aedes aegypti.