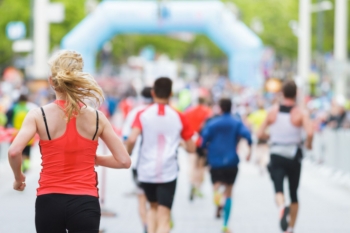 Company News: Heathtech company MyFiziq Limited (ASX: MYQ) has developed a proprietary body dimensioning technology that enables its users to check, track and assess their dimensions using a smartphone, from the comfort of their home.

MYQ sells this technology by partnering with health and fitness consumer-facing apps with existing user bases.

The app enables users to create a representation of their body structure in the form of a 3D avatar, with accurate circumference measurements and total body fat assessment.

One of its partnerships is with Bearn LLC.

Bearn is a multi-sided health platform that offers users a unique experience in that they can earn cash for exercising while interfacing with health and fitness brands and building a health profile.

When consumers download the Bearn app, they can "burn it and earn it", by using their smartphone to measure steps, flights, and distance, which the app automatically converts to calories burned.

Bearn is unique in that it awards one penny for each active calorie burned, enabling users to earn hundreds of dollars a year just for staying healthy and making healthy choices.

This week Bearn and MYQ strengthened their partnership after Bearn approached the ASX listed MYQ to enter into a funding agreement to target one million monthly users.

Bearn was unprepared for the popularity of its app and the number of pre-registrations it has already received.

The companies have been working with each other for the past two months, formulating a marketing and expansion plan that would deliver 1M users.

They have also been hard at work expanding the Bearn platform to allow for the volume provisions required to support the large already existing pre-registered users.

However, the earn app is currently limited in its ability to deal with the scale of pre-registrations it has already received.

Thus, Bearn approached MyFiziq to execute on a large-scale campaign to their pre-registered users.

MYQ will provide a small injection of development capital and a further joint amount to execute on a direct to pre-registration onboarding campaign.

This will be broken down into an initial $200,000 paid for the platform scale to be implemented, followed by three $100,000 payments for the direct onboarding campaign.

“COVID has affected many amazing businesses. Bearn is a great company, and it was roadblocked due to the US COVID lockdowns and inability to roadshow and source new capital,” Vlado Bosanac, Chief Executive Officer of MyFiziq said.

“I saw this as an opportunity to work with an already established partner and to enable Bearn to reach our joint goals. With 56,000,000 potential users, it would be a shame to not empower Bearn to onboard a number that is significant to MyFiziq and a substantive move forward for Bearn. The sheer number of pre-registration Bearn had confirmed across all of the partnerships they have to sign is an audience with an immediate desire for the Bearn product offering. Due to the exponential growth over the recent months, it has caused Aaron Drew CEO of Bearn more concern than joy.

“MyFiziq understands the requirement for uninterrupted scale for the users and I was happy to act on the needs of our partner and the potential it brings to MyFiziq. Aaron is very confident on the ability to deliver the number once the platform has the depth required to support the proposed influx. The launch of the new improved Bearn app has been targeted for April 2021, giving Bearn ample time to make the platform improvements and engage the marketing campaign for the onboarding process.”

The MyFiziq technology is embedded into the Bearn application and ready to reach into the 56,000,000 pre-registered users they have acquired through the companies’ existing partnerships.

MYQ has made impressive leaps over the last couple of months.

The Biomorphik App integrated with MyFiziq’s technology has been released on Google Play and Apple Store, with Biomorphik having commenced a comprehensive B2C marketing strategy to draw users to the new platform with the first stage allowing people to monitor their bodies closely and pre-empt potential issues before they become prohibitive to the user’s health.

At its core, Biomorphik is a behavioural change company with a key goal being to improve the health and wellness of people at a whole-of-society level through better creation, measurement, storage, analysis, and access to data.

This pricing represents a highly attractive offering relative to other players in the sector.

“When you consider a single Dexa body composition scan can cost up to AU$80.00, the monthly fee of AU$22.99 is an extremely cost-effective option,” Bosanac said.

As far as Bearn is concerned, users can access a 12-month subscription at a cost of US$3.99 a month when purchasing an annual subscription to the measurement functionality, totalling US$47.88 allowing unlimited scans.

MYQ has also recently signed a binding term sheet with Canadian based Triage Technologies Inc., that will see the company take a strategic equity stake in Triage and license use of Triage AI health assistant technology for integration into MYQ’s CompleteScan SaaS offering.

Under the terms of the agreement Triage will license MyFiziq to use the Triage AI engine, and the companies will work together to integrate Triage’s technology into the MyFiziq-owned CompleteScan platform.

Triage has developed the world’s most advanced dermatological AI system which can accurately identify skin conditions from a photo in only seconds.

The technology was created using a proprietary database that is not only the largest of its kind in the world, but it is also larger than those of IBM and Google combined.

Triage expects to receive a US patent for its system in 2021, with further jurisdiction to follow.

The AI engine identifies 588 skin conditions in the major 133 categories, including the identification of all categories of skin cancers.

"I have identified Triage as a natural fit for the platform and for the expanded interest which MYQ has developed from the medical and remote care communities for triaging users not only in the current COVID situation but also in normal times,” Bosanac said.

"Triage brings a complementary offering to our CompleteScan platform, which is assisting in the completion of my vision in creating the “Tricorder” of digital health screening in your hand.”

BACK TO HOME PAGE
Published in Health
More in this category: « Creso Pharma rides the positive cannabis tailwinds Coalition of health, tech experts want big tech to reveal ‘true’ extent of ‘misinformation ’ on COVID-19 »
Share News tips for the iTWire Journalists? Your tip will be anonymous