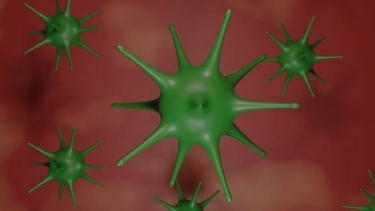 One in six Australian businesses are affected by the coronavirus outbreak, with the Government decision stopping all direct commercial flights to China already striking several industries, according to newly published research.

Around two-fifths of manufacturers are already reporting being affected, closely followed by a third of Education & training businesses and those in the wholesale industry.

According to Roy Morgan Research, other industries to already be feeling the effects of the coronavirus include accommodation & food services which includes travel and tourism businesses, community services, administrative & support services and property and business services.

Respondents to the survey described in their own words the impact the coronavirus was already having and these responses fell into a few broad categories including the issue of workers, or students, being quarantined and kept away from work/study; the impact on supply lines for the import or export of goods and parts to and from China; the decline in forward bookings from Chinese tourists and cancellations by customers in Asia as well as the general hit to confidence which includes a weaker stock-market as well as lower foot traffic in stores due to a combination of the aforementioned.

The issue of quarantine was raised by many businesses:

According to Roy Morgan, the hit to supply lines runs both ways with importers hit the hardest as the flow of parts and goods from China is halted and products are delayed while at a lesser degree exporters are finding the markets in China are closed for their goods:

The research company says that other impacts felt relate to a decline in forward tourism bookings, and cancellations by Asian customers, as well as the hit to general confidence and the stock-market and all of the above factors are driving lower foot traffic at retail outlets.

According to Roy Morgan, a deeper analysis of the industries most heavily impacted by the bushfires/floods shows that over 40% of businesses in the accommodation and food services sector, which includes travel and tourism, say they have been affected either ‘A great deal’ or ‘Somewhat’.

And around a third of businesses in the retail and property & business services industries have been affected while there have also been disproportionately large impacts on manufacturing, transport, postal and warehousing, public administration & defence, education & training and recreation & personal.