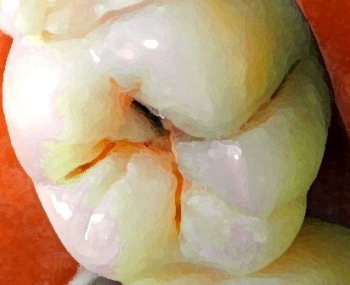 Juneau, the capital of Alaska, voted to remove fluoride from its water supply in 2007. A recent study of dental records has demonstrated the health cost of that decision.

Science has supported the use of fluoride in water since early experiments in the 1940s. These studies were initiated when it was observed that residents of towns with high naturally occurring fluoride in the drinking water (at approximately 1 part per million) had fewer dental issues. A trial was undertaken with fluoride provided to one town and not to a neighbouring town.

After six years, this trial was stopped for ethical reasons when the benefits to the fluoridated town became so obvious. The adjacent town also started receiving fluoride. Despite myths and objections to fluoridisation, the majority of towns around the world moved to adding fluoride to the town water supply in the decades following.

Late in 2008, a paper in the journal BMC Oral Heath, titled "Consequences of community water fluoridation cessation for Medicaid-eligible children and adolescents in Juneau, Alaska" analysed the dental health of juveniles both during the time of fluoridation and after its removal.

To summarise: there was a 4.4% increase in population while the incidence of Medicaid dental claims in juveniles rose 23.3%. The obvious assumption here is that the proportion of juveniles in the population was relatively constant.

Further, after adjusting for inflation, the report determined that the cost per patient rose between 28% and 111%.

In addition, the age group that underwent the most dental caries procedures and incurred the highest caries treatment costs on average were those born after the cessation of fluoridation. In these young children, those exposed to fluoridated tap water (in the 2002 cohort), underwent on average 1.55 caries procedures per child annually, whereas there were 2.52 procedures for child under six in the 2012 population.

Even older children showed an increase in both number and value of Medicaid claims, although this was not as marked, it was assumed that these children had a level of residual protection from exposure to fluoride prior to its cessation. Being a data review study only, it was not possible to determine the impact of other fluoride sources (toothpaste, tablets etc.) on this analysis.

The authors summarised their finding, "These results support current evidence that even in modern conditions with widely available fluoride toothpaste, rinses, and professionally applied prophylaxis, CWF [community water fluoridation] is associated with population benefits, including cost effectiveness and caries prevention."