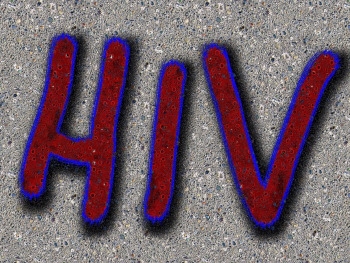 An American man has leaked details on the Web about individuals who have been diagnosed with HIV in Singapore, having apparently obtained the information from a man with who he had a relationship.

The Singapore Ministry of Health said in a statement that it had verified that confidential information about 14,200 people diagnosed with HIV uptil January 2013 and 2400 of their contacts had been leaked online by Mikhy K. Farrera Brochez, a US national who had been living in Singapore between January 2008 and June 2016.

The statement said that the online information had been taken down but Brochez was still in possession of the same.

"The records were those of 5400 Singaporeans diagnosed with HIV up to January 2013 and 8800 foreigners diagnosed with HIV up to December 2011. The information included their name, identification number, contact details (phone number and address), HIV test results and related medical information. The name, identification number, phone number and address of 2400 individuals identified through contact tracing up to May 2007 were also included," the statement said.

Brochez was convicted of numerous fraud and drug-related offences in March 2017, and sentenced to 28 months in jail. After he served his term Brochez was deported and was currently outside the country.

"Brochez was a partner of Ler Teck Siang, a male Singaporean doctor. As the head of MOH’s National Public Health Unit from March 2012 to May 2013, Ler had authority to access information in the HIV Registry as required for his work," the statement said.

"Ler resigned in January 2014. He was charged in court in June 2016 for offences under the Penal Code and the Official Secrets Act. In September 2018, Ler was convicted of abetting Brochez to commit cheating, and also of providing false information to the police and MOH.

"He was sentenced to 24 months’ imprisonment. Ler has appealed, and his appeal is scheduled to be heard in March 2019. In addition, Ler has been charged under the OSA for failing to take reasonable care of confidential information regarding HIV-positive patients. Ler’s charge under the OSA is pending before the courts."

The MOH requested anyone who found information online that was related to the case to contact its hotline at 6325 9220.

More in this category: « Microsoft partners on Cerebral Palsy AI solutions initiative Fluoride really does help your teeth – here's proof »
back to top