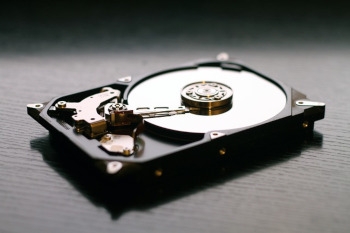 Hard drive manufacturer Seagate and American multinational IT services firm IBM say they are working together to reduce the incidence of hard drive counterfeiting by using blockchain technology and security technologies.

But when asked who was investing what must presumably be large sums of money into this counterfeiting activity, Seagate clammed up.

"Seagate declines to speculate on how the counterfeiters work. Through this project, Seagate and IBM are working to help reduce the global counterfeiting issues in the industry," was the response received from the company.

iTWire made the following inquiries:

All valid inquires, one would think.

The initial statement about the alleged counterfeiting had big bold headlines which screamed: "Seagate and IBM work together to help reduce global hard drive counterfeiting with Blockchain Technology."

Suffice to say that after the exchange with Seagate, we are not in any way wiser as to how this hard drive counterfeiting takes place.

And since we have no idea about that, it seems a tad silly to say how it is being prevented. After all, the event has to first occur in order to be prevented.