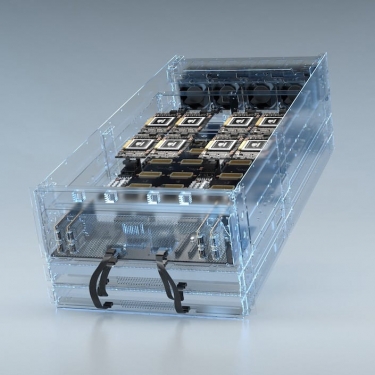 GPU maker Nvidia has introduced a reference design platform to make it easier for companies to build GPU-accelerated Arm-based servers.

The reference platform was developed in collaboration with Arm, Ampere, Fujitsu and Marvell in order to ensure Nvidia GPUs can work seamlessly with Arm-based processors.

Other collaborators include Cray (a Hewlett Packard Enterprise company) and HPE itself.

"There is a renaissance in high performance computing," said Nvidia founder and CEO Jensen Huang.

"Breakthroughs in machine learning and AI are redefining scientific methods and enabling exciting opportunities for new architectures. Bringing Nvidia GPUs to Arm opens the floodgates for innovators to create systems for growing new applications from hyperscale-cloud to exascale supercomputing and beyond."

Supercomputing centres that have begun testing GPU-accelerated Arm-based systems include Oak Ridge and Sandia National Laboratories in the US, the University of Bristol in the UK, and Riken in Japan.

"In the past we've made extensive use of Arm and Nvidia platforms separately, but being able to combine them is an exciting prospect for us. Performance of Nvidia's GPU drivers on Arm is really good, comparable with the x86 platforms we tried, which is an impressive achievement in such a short time period."

In related news, Nvidia is previewing its Arm-compatible software development kit, which consists of Nvidia Cuda-X libraries and development tools for accelerated computing.