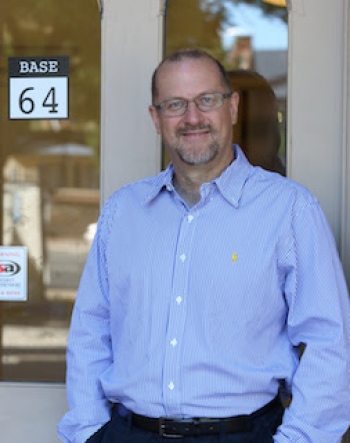 Technology entrepreneur and founder of Internode, Simon Hackett, has forked out $2.2 million of his own money to take a stake as the single biggest shareholder in battery storage developer RedFlow.

The ASX-listed RedFlow (ASX:RFX) develops and manufactures zinc-bromide flow batteries, and is set to commercialise its core product in what it sees as a rapidly growing market.

The Brisbane-based company lists its core product as a modular 3kW continuous/8kWh zinc-bromide battery module (ZBM) designed to be at the core of electrical energy storage and delivery systems for a range of stationary applications. The ZBM battery can be deployed in a clustered manner in order to deliver large storage arrays that will suit a variety of applications.

Hackett, who is currently a director of NBNCo, has made other recent investments including stakes in cloud hosting company UltraServe, Electric Vehicle company eVRS, and aviation software company AvSoft.

According to Hackett - widely recognised as an innovator and successful early adopter of new technology - RedFlow’s products have the potential to become a “global gamechanger” for the energy industry.

“The timing for this investment is right,” he said.

“For years, I’ve followed developments in the energy storage market. Effective energy storage is the game-changer for the renewable energy sector. RedFlow ZBM uses readily available source materials that make it capable of high volume production without relying on the supply of ‘rare earth’ elements. After a long period of research and development work to create the ZBM solution, RedFlow is now on the cusp of full commercial production of their battery systems.”

RedFlow overnight announced Hackett’s share purchase, which will make him the single largest shareholder in RedFlow, with a stake of more than 9% of the issued shares of the company.

In a statement issued today, Hackett says he has also agreed to take up his full allocation of RedFlow’s planned rights issue to existing stockholders that aims to raise around $5.6 million in additional capital for the company during the next few weeks.

RedFlow Chairman Howard Stack said Hackett’s “experience and passion for the telco and energy sectors will be valuable to the company.”

“Following a restructure in 2012, and considerable improvements in the battery quality and performance of our ZBM product since then, RedFlow is ready to begin commercialising its core product in a rapidly-growing market.”

More in this category: « Can Pure Storage simultaneously move up and down market? Second time lucky with Tivoli Storage Manager at Allianz »
BACK TO HOME PAGE
back to top