GPU: a key enabler for science 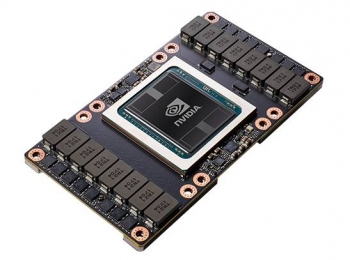 "GPUs have been one of the key technologies" in high-performance computing, according to Data61's Professor John Taylor.

Professor Taylor, who is computational platforms research group leader at CSIRO's Data61, has considerable experience of high-performance computing (HPC), including its use for simulation.

CSIRO, through its involvement in the National Computational Infrastructure National Facility, has had a succession of supercomputers in the Top 500 for a decade, he said.

Its current entry (number 76 in the November 2017 list) is Raijin, a hybrid cluster of Xeon and Power8 CPUs with Tesla GPUs.

"We've always had a very strong leading position" in HPC and related areas, he said, noting that HPC is "critically important to the future of defence and defence research."

The application of GPUs to HPC brought substantial benefits. Previously, a 10% improvement was considered significant, but GPUs delivered tenfold or fifty-fold improvements.

In addition, CSIRO was one of the first organisations to buy the Nvidia DGX-1 'supercomputer in a box'. "We're really connecting simulation and machine learning," he said.

"We've been at the cutting edge of GPU technology," said Prof Taylor, who hopes to see the Tesla GPUs upgraded to the latest version with 32GB of memory (twice that of the original V100) in the next 12 to 18 months. The CSIRO's systems process around 100,000 GPU-enabled jobs a month, so there's no shortage of demand for increased processing capability.

Working with the Victor Chang Cardiac Research Institute, Data61 was able to use GPU acceleration to speed up a digital model of the human heart by at least a factor of 10.

"Not every single code can be GPU-enabled," he said. Some programs were developed in an era when memory management was a major concern, and that can make it difficult to feed calculations to a GPU as fast as they can be processed. But modern GPUs have lots of memory and lots of cores, and it is a matter of writing software to take advantage of that.

The substantial improvements in processing times due to GPU technology boosts research productivity, Prof Taylor explained, as the sooner results are available, the sooner the next iteration can be performed.

For example, it once took a week to perform a 3D reconstruction of synchrotron data, but in recent years GPU clusters can do the job quickly enough to allow experimenters to immediately try something different if called for by the result.

Prof Taylor was a speaker at this week's GPU Technology Conference in the US.

Disclosure: The writer attended Nvidia's GPU Technology Conference as a guest of the company.