Dell drops a bundle of PCs 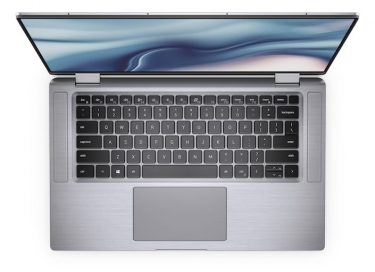 Dell has announced a raft of laptop and desktop PCs.

Dell's latest PCs are in its Latitude, Precision and OptiPlex families.

The Latitude models are the new 9000 series and the redesigned 7000 series. Both feature machined and brushed aluminium designs with narrow screen borders.

The 15in Latitude 9510 (pictured) has a starting weight of 1.4kg, and features 10th generation Intel vPro processors and up to 34 hours of battery life.

The Latitude 7410 and 7310 are said to be the smallest 14in and 13in premium business laptops. With a 4K low blue light screen, the Latitude 7410 is also available as a two-in-one.

While the new Latitude models are said to be available immediately, pricing has not yet been announced.

Dell claims the Precision 5550 and 5750 are the world's smallest and thinnest 15in and 17in mobile workstations. They feature the 16:10, four-sided InfinityEdge (up to HDR 400) display.

The Precision 5750 is described as "VR/AR and AI-ready" to handle rendering, detailed visualisations and complex simulations.

The Precision 5550 is said to be available immediately, but again, pricing has not been announced. The Precision 5750 is due in June.

Desktop users haven't been forgotten: Dell launched redesigned OptiPlex towers and all-in-ones for delivery starting 30 May 2020 at as yet undisclosed prices.

"The PC plays a central role in how we reimagine the way we work, even anticipating what we need to be more productive," said Dell Technologies ANZ client solutions group general manager Robert Vinokurov.

"From the moment you log on to your last video conference of the day, you need a PC that adapts to the way you work. That's why we are driving innovations that offer more intelligence, longer battery life, powerful speakerphones, compact designs and 5G support – all while moving our sustainability goals forward."

More in this category: « Nvidia unleashes new hardware and software Supercomputer named in honour of Ngunnawal people to mark reconciliation week »
BACK TO HOME PAGE
back to top