Apple stays ahead as global smartwatch shipments grow 6% in 3Q 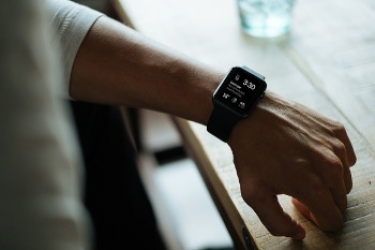 Global smartwatch shipments grew 6% year-on-year in the third quarter of the year, with Apple remaining the leader and increasing its share by two percentage points, the technology analyst firm Counterpoint Research says.

Apple launched its first smartwatch aimed at the middle range during the quarter, with the Apple Watch SE making its appearance at a price below US$300 (A$403.7) and garnering a good deal of attention, Counterpoint senior analyst Sujeong Lim said.

Huawei took the second spot, with a 15% share, with newly launched models, especially those aimed at children, selling well. Samsung managed to move up to the third position, with its successful launch of the Galaxy Watch 3 taking it past B.B.K. Electronics' Imoo.

Lim said tn terms of sales, Apple’s position was even stronger. "In the third quarter, it achieved US$2.3 billion, nearly half of global smartwatch shipments and an 18% increase over the corresponding period last year," she said.

"Samsung had stagnated in 1H 2020. Since it appeals to fewer premium consumers compared to Apple, demand from its base was weaker during the pandemic.

"But it rebounded in the third quarter with the launch of the Galaxy Watch 3. In terms of revenues, Samsung grew 59% year-on-year and is expecting good growth momentum now.”

As far as regions go, China managed to overtake North America after seven quarters, to become the market leader. The latter region had shown significant growth with the launch of the Apple Watch Series 4 and led since the fourth quarter of 2018.

In China, the sale of children's smartwatches had shown a big leap in the past, but the current growth momentum was coming in the regular segment, Counterpoint said.

Shipments to India grew 95% year-on-year, taking the country ahead of the Middle East and Africa region, and also the Latin American market.

“In India, local brand Noise is growing rapidly while realme, a Chinese brand familiar to Indian consumers, launched the Watch in the third quarter," Lim said.

"The country’s smartwatch market seems to have reached its first period of growth, thanks to the active expansion of brands. The market is expected to grow in earnest from the end of next year after recovering from COVID-19.”

More in this category: « Dynabook launches 2-in-1 laptop claimed to be world's lightest EPOS announces Google Meet and Voice certification, and Dell partnership »
Share News tips for the iTWire Journalists? Your tip will be anonymous