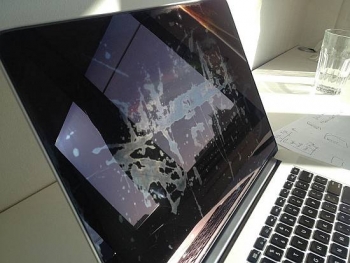 Retina MacBook and MacBook Pro owners will be relieved to hear that Apple has finally agreed to come to the party and fix screens with substandard anti-glare layers.

While the Retina versions of the MacBook and MacBook Pro have pretty impressive displays, a problem has emerged: the anti-glare layer has a tendency to separate or wear off from the rest of the screen.

This results in what users have described as a 'stained' appearance.

The problem has been affecting owners of Apple's notebook system for at least two years, and a class action against Apple was mooted a few months ago.

While many affected users said they had been denied a repair under warranty, Apple has now reportedly begun replacing screens suffering from this problem.

The new program is said to cover these models until the later of three years from purchase or 16 October 2016.

MacBook and MacBook Pro owners can visit the Genius Bar at an Apple Store (appointment required) or an authorised service provider to find out whether their computers are covered by the program and if so, to arrange repair.

Owners that have already paid for out-of-warranty repairs should contact AppleCare as they may be eligible for a refund.

Unlike previous repair extension programs - such as the one covering 15in and 17in MacBook Pros manufactured in 2011 and 15in Retina MacBook Pros manufactured from mid 2012 to early 2013 that exhibited distorted or scrambled video on the built-in screen, no video on the built-in screen or external display, or unexpected restarts - Apple doesn't appear to be publicising the Retina screen replacement on its web site.