The stablecoin era: unleashing the power of DeFi stablecoins

GUEST RESEARCH: With the rising startup Zunami Protocol at the helm, the power of decentralised finance stablecoins is unleashing the stablecoin era as cryptocurrencies go mainstream.

Challenging and volatile times often result in the emergence of stronger foundations that are more stable and durable. Although the world can be slow to adapt to change, fiat money is becoming a thing of the past in the emerging all-digital realm — just as oil and gas are becoming relics in the age of sustainable, renewable energies.

Modern banking is an often painful experience, riddled with hassles and inefficiencies. However, in the 21st century, interaction with money should not feel like an uphill struggle, but an effortlessly straightforward experience that makes financial freedom accessible to all.

Technological advancements in the area of finance are undergoing a significant reshaping. Over the last few years, the overall capitalization of stablecoins has skyrocketed. However, the realm of cryptocurrency is still compared to the Wild West, full of traps for new investors lured into thinking they can make quick, easy money profits.

Decentralized Finance (DeFI) and stablecoins are the two emerging trends now combining into a game-changing equation that will benefit tech-savvy users. 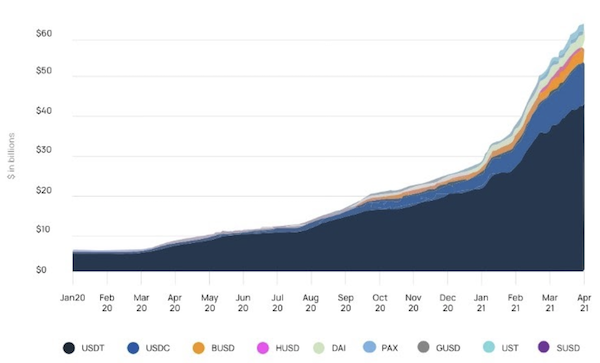 Fiat money is inconvenient in a world where most people are used to rapid tech innovation. The latest study suggests that 70% of the U.S. population carries a credit card, with 34% having three or more cards. However, debit cards remain the preferred method of payment. At the same time, new cash vs. credit card spending statistics shows that people tend to spend way more when paying with a credit card, and that most people use credit cards for convenience and security.

From paper money to digital currencies, we need to take another leap forward in the global mentality to realize that fiat money is an inflationary asset, although older and wiser heads who have studied history, or lived long enough, know this only too well, and sometimes from bitter experiences. Storing dollars in bank deposits over a long period makes no sense at all since even mild inflation guarantees that fiat money steadily loses its value - just looking at the prices we paid for bread, milk, consumer goods and houses in the 1960s and earlier compared with today is an eye-opening illustration. Merely storing money under your mattress, or in regular banks is the kiss of death to anyone’s dreams of accumulating substantial gains before retirement.

Interest rates on bank deposits are decreasing, with some European countries even offering the absurdity of negative interest rates, where instead of earning interest as was traditionally the case, you pay to have your money stored. SWIFT is no longer the best way to transfer funds between countries, either. One story known to everyone: opening an account, providing documents, and waiting a day or more for money transfers is non-effective and too time-consuming for the hectic modern rhythm of life. Keeping money in banks has also become unsafe - banks go bankrupt and have their licenses revoked, or money is frozen in accounts and can’t be withdrawn, as holders of Cypriot and Greek bank accounts have been all too familiar with in the last decade. Millions of people lost their funds forever, and this trend will unfortunately continue. 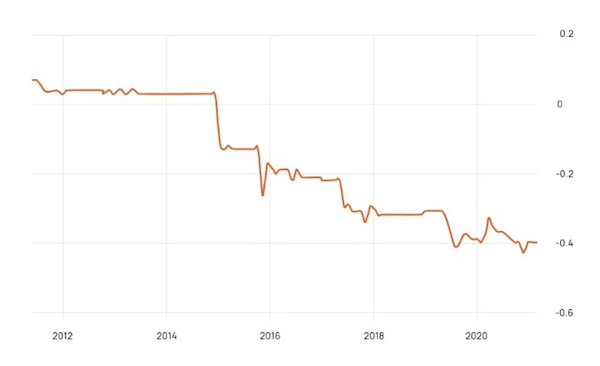 However, deposits are now receiving a second life with the advent of DeFi. Users can receive income that significantly exceeds the interest on bank deposits and inflation thanks to Liquidity Provision and Lending. In the world of crypto, all one needs to do is create a blockchain wallet, set it up and after a few clicks, a money transfer can be completed within minutes. No one will have any additional questions about your transaction, no extra hassle will be involved. You are the one responsible for managing your wealth. Moreover, it is much safer to store money in wallets with private keys that only you have access to — meaning you become the actual owner of your funds.

The gateway to the new era of finance

We see that this stablecoin DeFi trend will continue. The increase in the capitalization of stablecoins by more than ten times over the next five years is no overestimation. This can happen at the expense of banking service users who become disillusioned with traditional banks. The second decisive factor will be offshore companies, as the flow of billions of dollars from legal entities to stablecoins in the next few years is inevitable. The third vital factor that affects this forecast is that it helps you understand that more than 20% of the world’s population still does not have access to typical banking services! Cryptocurrency is the only gateway into the world of finance for many of these people. Mobile phone usage of cryptocurrency services has grown extremely quickly in major and third-world countries, and especially in areas where traditional banking services are hard to get. The convenience and accessibility of cryptocurrencies is driving this adoption.

The U.S. mobile payment market experienced a tremendous increase of 41% from $69.8 billion in 2018 to $98.8 billion in 2019, according to eMarketer. American shoppers are increasingly using mobile payments as customers become more comfortable with the technology, and this familiarity not only grew massively over the last 18 months in the West, it became essential, as cashless payment services meant not needing to touch potentially virus-laden physical currency.

Finally, the explosive growth of DeFi platforms has created an option to capitalize on stable cryptocurrencies. The DeFi sector has been on a sharp rise in 2020-21. The TVL (Total Value Locked) of all cryptocurrencies skyrocketed from 1 to almost 90 billion dollars! Despite unsavory predictions from previous years, DeFi protocols are now eclipsing some centralized exchanges in terms of volumes and growth rates. Estimates indicate that by 2025, assets held on DEXes will amount to almost half of the entire crypto market capitalization!

Considering that users will tend to interact with stablecoins more often, the need for an alternative to deposits is becoming more evident. Old-fashioned banking will sooner or later be vanquished by the independent and corporate-free competition, taken down by the desire of individuals to have more control over their wealth — ensuring numerous DeFi protocols engage in a competitive race.

One of the latest attempts to level-up a user's income in DeFi is the Zunami Protocol. Created by the visioneers of next-generation alternative banking solutions, this platform is the first decentralized revenue aggregator. The Zunami team has developed a smart protocol that can help stablecoin holders always keep money in the most profitable place, delivering returns that traditional finance cannot match - or even imagine.

This idea has become a reality thanks to cutting-edge technology that allows assets to be rebalanced daily into the most efficient DeFi pools. Unlike most popular aggregators on the market, the Zunami Protocol team has simplified the yield farming process by using only a single pool with the highest rates. The short-term plans of the project team for the current year include upgrading the platform for compatibility with other popular blockchains, such as BSC, Polygon, Fantom and Avalanche. On the community side, several audits will be performed to reassure users of openness. However, the team is also ambitious for 2022 and plans to implement insurance for the product, launch deposits with a fixed rate, and even Zunami's own DAO that will be the cherry on that particular cake.

Stepping into the No Middle Man’s Land

We stand at the intersection of two perspectives in market direction. The role of stablecoins in cryptocurrency will rise further, as will more opportunities to capitalize on assets without the risk of losing your principal in a killer offer that one can’t refuse. DeFi, despite the hype, is in its infancy at the moment. Ongoing leaps in progress over the following years are inevitably taking us to the unbelievably exciting era of financial freedom and income, because the unstoppable era of Decentralized Finance has finally arrived.

More in this category: « An Aussie ransomware attack – 36 hours later… Failure to fix internal processes and customer experience issues can cause missed business opportunities »
Share News tips for the iTWire Journalists? Your tip will be anonymous