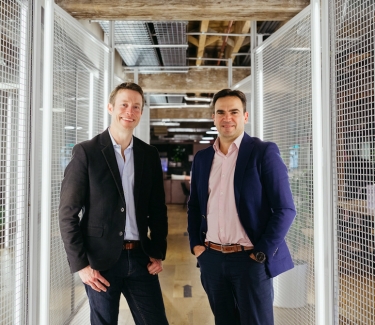 COMPANY NEWS: Sendle, Australia’s first 100% carbon neutral parcel delivery service, has raised AU$45 million in a Series C funding round to become the global leader for small business shipping and drive market expansion in the United States. The funding round was led by Afterpay-backed AP Ventures alongside existing investors including Federation, Full Circle and NRMA.

The fast-growing Australian company has more than 800,000 users globally, having experienced record growth in 2020 with COVID-19 accelerating the shift to eCommerce. Sendle’s Australian shipping business has doubled in size during the pandemic, with parcel volumes increasing by 103% over 2020. In the US, where Sendle launched in 2019, it has experienced equally strong growth with parcel volumes increasing tenfold.

Sendle has ambitious plans in the US to reshape parcel delivery for small businesses and compete with incumbent monopoly providers as it has done in Australia. Funds raised from the Series C will drive investment in a powerful logistics network, providing value and opportunity for small businesses across the country.

James Chin Moody, CEO and co-founder of Sendle said: “We’re incredibly excited to have the backing of AP Ventures not only for the experience they bring but also the great alignment between Sendle and Afterpay. Sendle and AP Ventures share a deep knowledge of the eCommerce ecosystem and an understanding of how to create value for small businesses.”

“As we gear up for further growth in the United States, AP Ventures brings valuable experience in international expansion through Afterpay’s own success in North America as the number one buy-now-pay-later service. With the eCommerce opportunity exploding right now, funds from Series C will go a long way towards ensuring we are well-positioned for our next phase of growth.”

AP Ventures, in which Afterpay is the largest shareholder, invests in high-growth, scalable companies with proven revenue models. It has a particular focus on retail innovation, consumer, finance and data with a preference for businesses that are or can expand globally. As part of its investment, Chief Executive Officer Hein Vogel will join the Sendle board.

“Parcel delivery is the backbone of today’s eCommerce ecosystem as more people than ever now shop and sell online. As this trend continues to grow, so will the importance of small business shipping in helping online sellers create a meaningful competitive advantage so they can thrive in the age of eCommerce,” Vogel said.

“James and the team at Sendle have built an incredible business with a loyal customer base. We’re impressed by the strong growth and high potential for scaling successfully internationally. We’re thrilled  to be onboard as Sendle enters its next phase of growth and becomes another Australian success story in the United States.”

Since launching in 2015, Sendle has recorded remarkable and consistent year on year growth marked by product innovations and strategic partnerships. It integrates with all leading eCommerce platforms including Poshmark, Etsy, eBay, Shopify, Squarespace and WooCommerce to offer online sellers simple and streamlined carbon neutral shipping.

BACK TO HOME PAGE
Published in Guest Articles
More in this category: « The Top Sales Software Your Business Needs to Succeed The key element that will contribute to business recovery »
Share News tips for the iTWire Journalists? Your tip will be anonymous