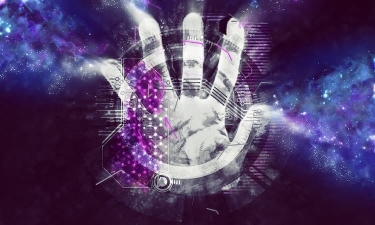 On 2 March, Microsoft released critical security updates for four crucial zero-day vulnerabilities discovered in Exchange Servers and reported that the exploits are being actively exploited by an actor called HAFNIUM, a state-sponsored group operating out of China.

Within one week, at least 30,000 U.S. organisations and hundreds of thousands of organisations worldwide have fallen victim to an automated campaign run by HAFNIUM that provides the attackers with remote control over the affected systems.

In the past week, the patched vulnerabilities have been weaponised by over 10 different APT groups and are being leveraged in ransomware and cryptomining campaigns.

Radware assesses the threat as critical for all industries across the globe, from small to large corporations. Initial reports indicated the involvement of advanced Chinese actors. Chinese APT groups are known for espionage and targeting governments, pharmaceutical/research institutions, research in general and corporate research assets.

Last week, exploits started to circulate and ransomware and cryptocurrency campaigns started exploiting the vulnerabilities. Consequently, the threat is now generic and global, putting any organisation, independent of industry or location, at risk of falling victim to ransomware and cryptomining abuse.

Combined with a post-authentication vulnerability (CVE-2021-27065) that allows arbitrary file writes to the system (discovered by Tsai three weeks later), an actor can achieve remote command execution of arbitrary commands through internet-exposed Exchange Servers. Initial access is achieved through uploading a web shell, commonly referred to as a ‘China chopper.’

The SOAP request bypasses authentication using specially crafted cookies and allows an unauthenticated, remote actor to execute EWS requests encoded in the XML payload and ultimately perform operations on users' mailboxes. This vulnerability, combined with the knowledge of a victim's email address, means the remote actor can exfiltrate all emails from the victim's Exchange mailbox.

Organisations that received this letter were companies that received threats in August and September of 2020. Analysis of this new wave of ransom letters suggests that the same threat actors from the middle of 2020 are behind these malicious communications.

A post-authentication insecure deserialisation vulnerability in the Unified Messaging service of a vulnerable Exchange Server allows commands to be run with SYSTEM account privileges.

A malicious actor can combine this vulnerability with stolen credentials or with the previously mentioned SSRF vulnerability to execute arbitrary commands on a vulnerable Exchange Server in the security context of SYSTEM.

Both of these post-authentication arbitrary file write vulnerabilities allow an authenticated user to write files to any path on a vulnerable Exchange Server.

A malicious actor could leverage the previously mentioned SSRF vulnerability to achieve admin access and exploit this vulnerability to write web shells to virtual directories (VDirs) published to the internet by the server's Internet Information Server (IIS).

BACK TO HOME PAGE
Published in Guest Articles
Tagged under

More in this category: « Re-Think ServiceNow And You Will Move to Jira Service Management How to Do Transfer Data between Multiple Cloud Storage »
Share News tips for the iTWire Journalists? Your tip will be anonymous