The 5G Olympics: Where are the fastest next-gen networks?

GUEST RESEARCH: VPN Mentor has put together research on the state of 5G around the world, current as of January 2021, with the UAE having the fastest download speeds at 959.39Mbps, the US with the most 5G areas available, the cheapest 5G basic plan in Hungary, the latest 4G/5G speed gap and more.

vpnMentor. It's a site that looks at different VPNs and compares them, and makes affiliate commissions if you buy one of the VPNs it has reviewed.

Part of the way companies get people to visit their sites is through interesting content, with the research report dubbed "The 5G Olympics: Where are the fastest next-gen networks?" being a useful guide to the state of 5G in the world today, as of January 2021.

The report's authors state that "the current 5th Generation of mobile device networking is unfolding faster than ever, promising download, upload, and latency speeds 10 to 100 times faster than the current 4G network."

The authors claim that "the Coronavirus pandemic didn’t impact the 5G networks’ rapid deployment throughout the United States and several countries in Europe", while "many countries in other regions are announcing “trial” rollouts of 5G or investment plans for such networks."

Australia's largest telco, Telstra recently reached the 50% 5G coverage mark for where Australians work, live and travel through, as reported at iTWire, up from reaching 41% in October 2020 and due to hit 75% by mid-2021.

Optus and Vodafone are the other two major 5G networks in Australia, and while their 5G networks are nowhere near as large as those of Telstra, their rollouts continue.

As VPN Mentor's report explains, "the speed of 5G networks is exciting for users – especially gamers, who need much faster speeds to use their mobile device in games and competitions effectively.

"However, 5G also has many commercial, industrial, and sectoral applications that will be advantageous to society more broadly. Manufacturing, healthcare, utilities, and the Internet of Things (IoT) – all these fields will benefit from 5G technology.

"In particular, healthcare will see advances in telemedicine, remote patient recovery and care, and, some suggest, remote precision surgery in the near future, all from super-fast 5G technology."

So, vpnMentor says it has "collected all of the available information about 5G deployment throughout the world. The deployments include both those existing already and those that are just on the verge of deployment".

Why does vpnMentor say it did this research?

The organisation says it has "done this for two reasons. One is to give news outlets a ready source of reference information to help their readers and followers advance to 5G technology by having a database of what to expect from it.

"The other is to give investors detailed information to compare regional and country opportunities in the 5G carriers hustling to set up deployments in locations around the world."

"Current 5G networks promise speeds of up to 1GB per second (1Gbps), and trials show such speeds could almost be reached in the field. But most 5G users won’t get 1Gbps, or even come close. This is because of the difference between Top Speed and True Speed.

"Top Speed is the best possible speed a user can achieve within a network, in optimal connection, with no range or traffic load issues, using an optimal device.

"True Speed is what users actually get. These speeds are far better than the local 4G network average, but not 10 times faster, as promised. Actual 5G speeds are affected by several factors, including the following: 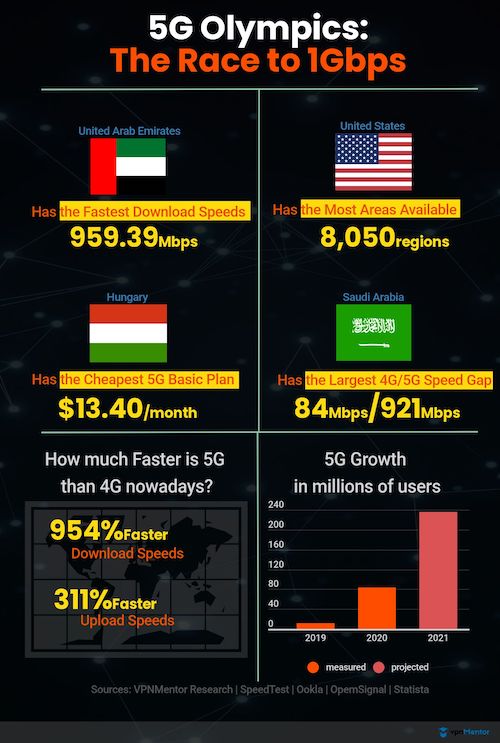 "While carriers can simulate real-world limitations with ease, they all strive to show the best performance to attract users. As a result, their declared speeds can’t be trusted as completely unbiased.

"Independent testing platforms have a better chance of reflecting True Speeds, but their findings are based on surveys and opinions from people who installed their apps. Most of these platforms won’t display their full testing details, but SpeedTest does: it undertook 4.3M tests in Q3 2020.

"These tests were focused on Download Speeds. Upload Speed is also important – mostly for corporate implications, gaming, and future implications such as AI, automotive industries, etc. However, it’s not tested as often.

"This report is focused on download speeds, as this is the primary data point available for testing." 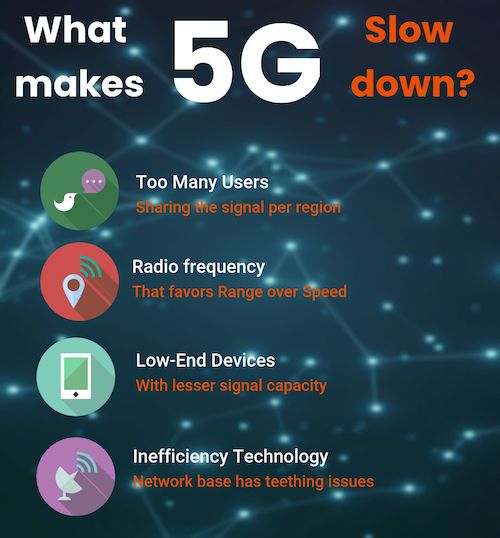 The rest of the report, which you can read in full here, has the following detailed information:

We're told that, "as the data shows, 5G deployment is moving full steam ahead and shows no signs of slowing down. The leaders in fields like download speeds, pricing, coverage are bound to change, and the competition will surely benefit consumers and enterprises alike.

"vpnMentor’s team will keep monitoring the market and let you know where you can find the best networks with the latest technology."

You can freely read the report in full here.

More in this category: « FireEye: Remediation and Hardening Strategies for Microsoft 365 to Defend Against UNC2452 Nintex named 2021 leader for Digital Transaction Management »
Share News tips for the iTWire Journalists? Your tip will be anonymous