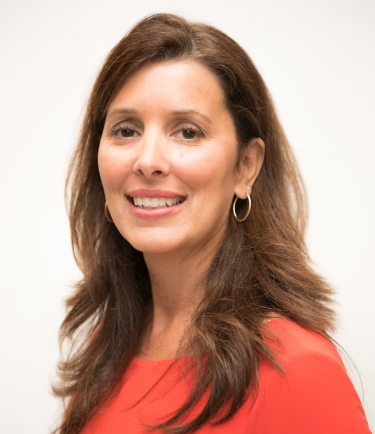 GUEST RESEARCH: Attivo Networks, the experts in preventing identity privilege escalation and detecting lateral movement attacks, today announced the availability of a new research report conducted by Enterprise Management Associates (EMA) and commissioned in part by Attivo Networks. The report focuses on Active Directory (AD), the directory-based identity services platform used by 90% of enterprises worldwide, exploring the obstacles and threats organisations face when protecting AD and how they adapt to address these growing concerns.

To download the report The Rise of Active Directory Exploits: Is it Time to Sound the Alarm?, please visit: https://bit.ly/2XXDQ9h.

As evidence of the value that attackers place in exploiting Active Directory and the privileges it contains, the report revealed that 50% of organisations experienced an attack on Active Directory in the last 1-2 years, with over 40% indicating the attack was successful. An equally troubling finding was that penetration testers successfully exploited AD exposures 82% of the time, which suggests that actual attack findings may be underrepresented due to lack of visibility to exploits.

In response to Active Directory being under siege, 86% of organisations plan to increase investment in protecting AD. They cite the increased prevalence of AD attacks (25%), an increase in remote or work-from-home activity (18%), an expansion of cloud usage (17%), and prevalence of advanced attacks, such as ransomware 2.0 (15%), as top reasons for doing so.

When asked about protecting against advanced attacks like ransomware 2.0, enterprises provided a range of answers. Nearly two-thirds indicated that they employ AD attack detection tools (64%) and endpoint detection and response (EDR) tools (64%), while just over half use antivirus/endpoint protection platforms (EPPs) (55%). Other notable protection measures mentioned by those in the report include user and entity behavioural analytics (UEBA) tools (40%), SIEM and log analysis tools (36%), and identity detection and response (IDR) tools (27%). Given the relative newness of the IDR category, which began to emerge in 2021, it is promising to see that a significant portion of enterprises has already adopted it.

The report also explored and analysed security professional’s experiences in protecting Active Directory and its challenges:

• The most feared AD attacks

• Barriers to acting upon and the remediation of AD exposures

• The role AD plays in compliance checks and certifications

Throughout the survey, there was a trend in the repeated mention of privilege escalation and overprovisioning issues, as well as lack of visibility to understand misuse and policy drift easily. These discoveries all underscored the point that effective Active Directory protection requires diligent permission control and access management but must also include multiple layers of visibility and live attack detection.

“The good news is that a solid majority of organisations recognise this threat and increased their Active Directory security prioritisation in 2021, with plans to increase their spending on its security.”

“Attivo’s identity detection and response (IDR) solutions squarely address this gap in protection, offering crucial visibility into the AD environment, allowing organisations to address AD attacks in real-time and identify risks within their AD before malicious actors exploit them.”

Attivo Networks, alongside other vendors, sponsored Enterprise Management Associates (EMA) to undertake this research. In August 2021, EMA polled 250 IT professionals and executives from organisations with at least 1,000 employees representing at least ten different vertical industries.

Attivo Networks, the leader in preventing identity privilege escalation and detecting lateral movement attacks, delivers a superior defense for countering threat activity. Through cyber visibility programs, deception, and conditional access tactics, the Attivo ThreatDefend Platform offers a customer-proven, scalable solution for denying, detecting, and derailing attackers and reducing attack surfaces without relying on signatures. The portfolio provides patented innovative defences at critical points of attack, including at endpoints, in Active Directory, in the cloud, and across the entire network by preventing and misdirecting attack activity. Forensics, automated attack analysis, and third-party integrations streamline incident response. Deception as a defence strategy continues to grow and is an integral part of NIST Special Publications and MITRE Shield, and its capabilities tightly align to the MITRE ATT&CK framework. Attivo has won over 150 awards for its technology innovation and leadership. www.attivonetworks.com

More in this category: « Marketplacer named a leader in marketplace development platforms by independent research firm Pure Storage named a leader in 2021 Gartner Magic Quadrant for distributed file systems and object storage »
Share News tips for the iTWire Journalists? Your tip will be anonymous