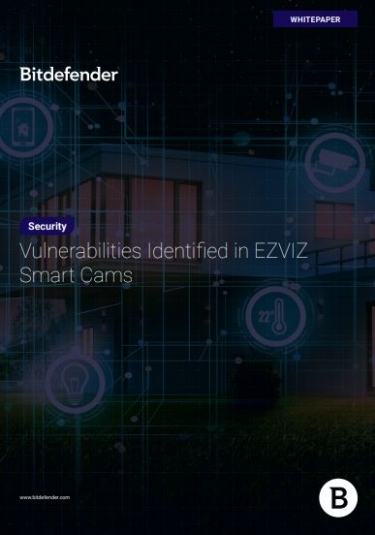 GUEST RESEARCH: Bitdefender has released comprehensive research that identified multiple vulnerabilities in several lines of EZVIZ cameras, a globally a global smart home security brand used in Australia and New Zealand. It is estimated about 10 million devices are impacted based on known Android/iOS installs.

When daisy-chained, the discovered vulnerabilities could allow an attacker to remotely control the camera, download images, decrypt them and bypass authentication to execute code remotely, the research said.

“Our analysis uncovered several vulnerabilities in the EZVIZ smart devices and their API endpoints that could allow an attacker to carry out a variety of malicious actions, including remote code execution and access to video feed,” said Bitdefender director IoT security Dan Berte.

“One of the main features of these devices is the ability to be accessed from anywhere the user has an internet connection. To accomplish this, user-device communication is relayed through servers in the cloud. When the smartphone app needs to contact a device, the cloud servers relay the messages back and forth.”

Bitdefender recommends anyone who owns an EZVIZ camera applies the patches, updates their software immediately, and keeps a lookout on the manufacturer’s website for any EZVIZ camera security-related news.

More in this category: « Putting off awkward client conversations is costing accountants over $100k each year Cohesity research reveals that a reliance on legacy technology is undermining how ANZ organisations respond to ransomware »
Share News tips for the iTWire Journalists? Your tip will be anonymous