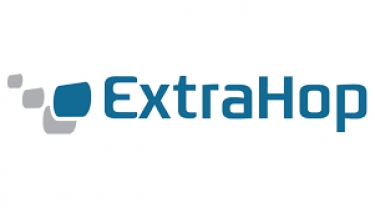 COMPANY NEWS:  ExtraHop, the leader in cloud-native network detection and response, today announced the results of The Total Economic Impact™Of ExtraHop Reveal(x) 360. The study, conducted by Forrester Consulting and commissioned by ExtraHop, reveals that a composite organisation made up of ExtraHop customers benefited from an 87% decrease in time to threat resolution, more than $590,000 savings in threat detection and resolution over three years, and a three-year 193% return on investment (ROI)."

According to the study, ExtraHop provides measurable benefits for businesses including faster threat detection and resolution, faster response to unplanned outages, reduced downtime from outages, and significant savings from retiring legacy security solutions. Forrester's analysis of the benefits concluded that "Reveal(x)360 decreases time to threat detection by 83% and time to threat resolution by 87%."

Since the Russian invasion of Ukraine, governments and security experts around the world have noticed a significant increase in cyberattack activity. The Cybersecurity and Infrastructure Security Agency (CISA) and other government agencies such as ENISA, CERT-EU, ACSC, and SingCERT have strongly encouraged enterprises to focus on strengthening their overall security postures, starting with reducing the likelihood of a damaging cyber intrusion. One key recommendation made by these agencies is that organisations disable all unnecessary or insecure ports and protocols.

In the new report, ExtraHop conducted an analysis of enterprise IT environments to benchmark the cybersecurity posture of organisations based on open ports and sensitive protocol exposure so that security and IT leaders can assess their risk posture and attack surface visibility relative to other organisations.

Findings from the study include:

For the purposes of this study, Forrester interviewed ExtraHop Reveal(x) 360 customers across four industries and aggregated their experiences to create a composite organisation.

Prior to using Reveal(x) 360, the customers were using a combination of firewalls, endpoint detection and response (EDR) products, security information and event management (SIEM) solutions, and packet capture tools.

"We did a comparison, and ExtraHop outperformed everybody. They had the scaling capabilities we needed and the alert accuracy, granularity, and AI analytics capabilities we wanted," said a technical director of cybersecurity operations in the communications industry interviewed for the study.

"Reveal(x) 360 allows us to get complete visibility of the ground truth for our full network environment and make the right call when it comes to identifying and removing bad traffic." In a crowded cybersecurity market, the study notes ExtraHop customers reported "significant improvement in visibility into their network environment," to gain "immediate insight into their network status across all environments," allowing them to "detect and respond to security threats at a much faster rate."

"Because we have more visibility, we have a better understanding of what's happening and what we can do. The Reveal(x) 360 platform has shifted our attitude from reactive to proactive," said a director of cybersecurity at a financial services company interviewed for the study.

Cyberattackers have the advantage. ExtraHop is on a mission to help you take it back with security that can't be undermined, outsmarted, or compromised. Our dynamic cyber defense platform, Reveal(x) 360, helps organisations detect and respond to advanced threats—before they compromise your business. We apply cloud-scale AI to petabytes of traffic per day, performing line-rate decryption and behavioural analysis across all infrastructure, workloads, and data-in-flight. With complete visibility from ExtraHop, enterprises can detect malicious behaviour, hunt advanced threats, and forensically investigate any incident with confidence. ExtraHop has been recognised as a market leader in network detection and response by IDC, Gartner, Forbes, SC Media, and numerous others. Learn more at www.extrahop.com.