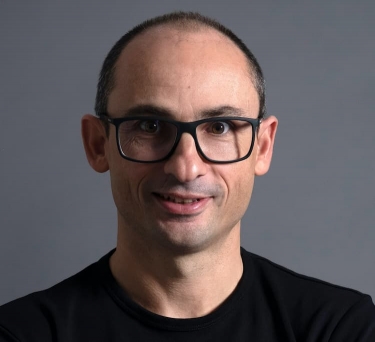 The findings revealed the increased difficulty of maintaining software reliability and security as the demand for continuous release cycles and the rising complexity of cloud-native environments create more risk for undetected defects and vulnerabilities to escape into production.

The research reveals the following:

• 78% of Australian organisations (90% globally) say digital transformation has accelerated in the past 12 months.

• 91% of Australian organisations (78% globally) deploy software updates into production every 12 hours or less, and 66% (54% globally) say they do so at least once every two hours.

• 72% of Australian organisations (55% globally) make tradeoffs between quality, security, and user experience to meet the need for rapid transformation.

• 87% of Australian CIOs (88% globally) say the convergence of observability and security practices will be critical to building a DevSecOps culture, and 94% (90% globally) say increasing the use of AIOps will be key to scaling up these practices.

"It's difficult for teams to accelerate the pace of innovation while also maintaining the highest quality and security standards," said Dynatrace founder and CTO Bernd Greifeneder.

"More frequent software deployments, combined with complex cloud-native architectures, make it easier for errors and vulnerabilities to escape into production where they impact customer experience and create risk. There simply aren't enough hours in the day for teams to test code as thoroughly as when they had only a single monthly deployment, but there's no margin for error in today's ultra-competitive, always-on economy. Something has to change."

Additional findings from the survey include:

• 91% of Australian CIOs (70% globally) say they need to improve their trust in the accuracy of AI's decisions before they can automate more of the CI/CD pipeline.

"Organisations know that manual approaches aren't scalable," continued Greifeneder. "Teams can't afford to waste time and effort chasing false positives, searching for vulnerabilities whenever a new threat alert is raised, or conducting forensics to understand whether data has been compromised. They need to work together to drive faster, more secure innovation. Automation and modern delivery practices such as DevSecOps are key to this, but teams need to trust that their AI is reaching the right conclusions about the risk impact of a particular vulnerability.

"To accomplish this, organisations require a unified platform that can converge observability and security data to eliminate the silos between teams. By bringing their data together and retaining its context, DevOps and security teams can unlock the insights they need through causal AI. This enables them to harness intelligent automation to rapidly deliver high-performing and secure applications that delight their users."

The report is based on a global survey of 1,300 CIOs and senior IT practitioners (100 in Australia) involved in DevOps management in large organisations with more than 1,000 employees, conducted by Coleman Parkes and commissioned by Dynatrace. The sample included 200 respondents in the US, 100 in Latin America, 600 in Europe, 150 in the Middle East, and 250 in Asia Pacific.

Curious to see how you can simplify your cloud and maximise the impact of your digital teams? Let us show you. Sign up for a free 15-day Dynatrace trial.

More in this category: « New Report Reveals 73% of Business Leaders View Responsible Use of Technology as Pressing Business Need Similarweb’s Digital 100 reveals Australia’s fastest growing online brands in 2022 »
Share News tips for the iTWire Journalists? Your tip will be anonymous