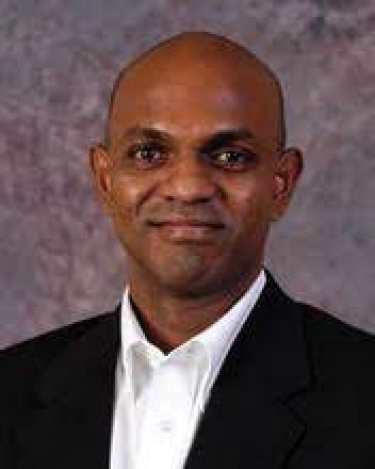 The IEEE TCSVC Research Innovation Award recognised Dr. Weerawarana for outstanding technical innovations in the field of services computing that have had a lasting impact

Each year, the IEEE Computer Society Technical Community on Services Computing (TCSVC) awards outstanding individuals and team efforts. The IEEE TCSVC Research Innovation Award recognises individuals or collaborators whose contributions have significantly influenced the direction of research and development of the field, transferred theory to practice in significant and innovative ways, and/or enabled the delivery of impactful commercial service products/systems/solutions.

“I have been lucky to be at the centre of several major software technology waves that have provided opportunities to reshape how technologists build solutions and experiences that improve the way we work, live and play,” said Dr. Weerawarana. “I am deeply honoured to be recognised with the 2022 IEEE TCSVC Research Innovation Award, and I look forward to continuing to push the boundaries of how software can support organisations and the people they serve.”

The IEEE TCSVC Research Innovation Award has recognised Dr. Weerawarana for his 30-plus years of innovation, leading the creation of web service and open-source technologies that in many aspects have enabled the API economy and served as the precursor to today’s microservices.

Dr. Weerawarana was a co-inventor and co-author of specifications, such as the Web Services Description Language (WSDL), a game changer in enabling interoperability across formerly disparate environments, and Business Process Execution Language for Web Services (BPEL4WS), laying the technical foundations for service composition. Additionally, he was a contributor to and initiator of the WS-Policy and WS-Addressing original specifications, among others.

Dr. Weerawarana also has been an originator of open-source implementations, such as the Apache Axis2 web service engine, which is seen as a breakthrough in the adoption of service computing. More recently, building on concepts he first introduced with WSDL and BPEL4WS, Dr. Weerawarana invented the Ballerina open-source programming language. Ballerina significantly simplifies the development of distributed applications, especially by orchestrating microservices or endpoints represented by APIs. Additionally, he has shaped open-source development organisationally, most notably through his work with the Lanka Software Foundation (LSF), which he co-founded in 2003.

At the same time, Dr. Weerawarana has helped to lead the commercial application of open-source software through WSO2. Since founding the company in 2005, he has continued to serve as chief architect, driving innovations used by Fortune 500 companies, top universities, and governments worldwide. WSO2’s newest innovation is the Choreo digital platform as a service, which applies fundamentals from BPEL4WS but hides the complexities of service orchestration and empowers non-programming-savvy people to build distributed service-based or API-based applications. Generally available since March 2022, Choreo is the first commercial solution built on the Ballerina language.

Founded in 2005, WSO2 enables thousands of enterprises, including hundreds of the world’s largest corporations, top universities, and governments, to drive their digital transformation journeys—executing more than 18 trillion transactions and managing over 1 billion identities annually. Using WSO2 for API management, integration, and customer identity and access management (CIAM), these organisations are harnessing the full power of their APIs to securely deliver their digital services and applications. Our open-source, API-first approach to software that runs on-premises and in the cloud helps developers and architects to be more productive and rapidly compose digital products to meet demand while remaining free from vendor lock-in. WSO2 has over 900 employees worldwide with offices in Australia, Brazil, Germany, India, Sri Lanka, the UAE, the UK, Visit https://wso2.com to learn more. Follow WSO2 on LinkedIn  and Twitter.

More in this category: « ‘False assumptions’ about social engineeering debunked: Proofpoint New Report Shows What Data Is Most at Risk to and Prized by Ransomware Attackers »
Share News tips for the iTWire Journalists? Your tip will be anonymous