Commonwealth Bank: Australians jump to other telcos due to cheaper offers but do not research thoroughly when choosing 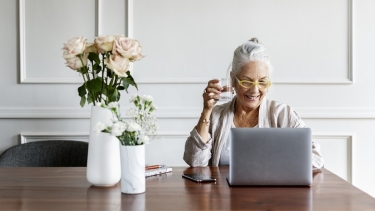 GUEST RESEARCH: Australians switch to other telco providers citing cheaper internet offer as main reason but admit to doing little research when choosing, meaning many could be paying more than needed on unavoidable and ongoing bills and commitments, according to new research by Commonwealth Bank.

The research comes as Commonwealth Bank (CMA) and its partner local telecom provider More, is offering all of the bank’s credit and debit card customers 30% off their internet bill for 12 months.

Aside from finding a cheaper offer (47%), poor value for money prompts Aussies to make the switch (41%) followed by poor product experience (49%) and bad service quality (36%).

The findings relate to More’s recent customer survey data, which found 43% of customers said value for money was their most important consideration when choosing a provider.

CBA reimagines banking for the digital economy
However, research found almost 50% of the respondents admit not doing research before choosing their internet provider (47%).

Aussies posed the following dilemma: three in five are worried other providers will not be better or much the same (60%) while others are satisfied with their current provider (42%).

CBA group executive retail banking Angus Sullivan echoes the study’s findings, emphasising that while many customers are keen to save money on internet bills, many do not know about deals and discounts on offer due to limited research.

“As the cost of living increases, we’re committed to providing value for our customers by exposing them to new ways of doing things and new quality products and services that put more money back in their pockets,” Sullivan says.

The research also found that among Aussies who work from home, 67% reported that they have experienced internet connection issues. Almost a quarter (23%) admit important meetings or presentations have been disrupted due to connectivity issues and more than one in 10 have had to work after hours to catch-up on other tasks as a result of a poor connection.

“The common perception is that changing Internet providers is more hassle than it’s worth. But if you could be spending less with a different provider and receiving a better quality of broadband, then it’s probably time to swap. My advice is don’t put off changing to a better suited and more affordable provider just because of the effort it will take. It’s an old misconception, and in the current environment, every dollar counts,” More CEO Andrew Branson says.

With many internet providers, it’s overwhelming to make a choice. Branson says a good approach is to identify the reasons for switching and dishes his top tips when starting out:

Price: In some cases, you can get your NBN plan on the same speed tier for a lower price with another provider. Keep in mind that this could require a trade-off in terms of the bandwidth the service has, or you may see a difference in typical evening speeds that can be achieved on your plan.

You can also save some money by searching for a plan that doesn't require you to buy a new modem or enter into a lock-in contract. Currently More has a 30% discount on unlimited, no-contract NBN plans for 12 months available to all CommBank customers with a CommBank Debit or Credit Card. Customers can also use their existing modem to save on hardware costs.

Value for money: Not all NBN plans are created equal. Even if two plans are offering the same speed for the same price, there will often be something that separates them. It’s important here to look at the details and what’s most important to you in selecting a plan.

Better service: Although it can be somewhat difficult to evaluate the trustworthiness or service quality of a particular provider, it's not impossible. Reputable comparison and product review sites are a helpful source of information, as well as the individual provider’s website – those that provide extended technical support hours, as well as many means of contact (phone, email, WhatsApp, live chat options, and so on).

Higher speed: If you're interested in getting the fastest connection possible, consider selecting a provider that rates highly on the ACCC's broadband performance tests, or those that report higher speeds in peak usage times (reported as Typical Evening Speeds). The age and quality of your modem hardware can also impact the speeds you can achieve, as well as the NBN connection method at your property.

This first appeared in the subscription newsletter CommsWire on 17 May 2022.

BACK TO HOME PAGE
Published in Guest Research