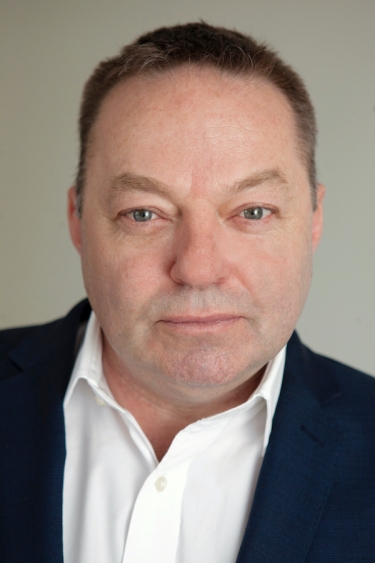 GUEST OPINION: Last year an Australian research team published the results of their study of long-term trends on the internet, with the headline finding that online attention is being concentrated on fewer and fewer large domains. Now, this work has been extended to identify the top 15 Australian internet domains that have significant global status. There are some promising signs for new media and others.

The study, led by Paul X McCarthy, adjunct professor at the University of NSW and author of Online Gravity, published their findings in the scientific journal Plos One. They used the network links connecting to Reddit and Twitter users over time as key measures, as both platforms are public, relatively mature, and have 310 million and 328 million users respectively. The Australia-specific ‘attention’ research has just been completed, identifying the top 15 Australian domains that are recognised globally.

Traditional media organisations dominate the list of Australian domains that have the greatest global linkages, with the ABC being the outright leader. Not bad for a publicly-owned media operation—no wonder others want to tear it down.

The Sydney Morning Herald is next, with News.com.au and SBS not too far off the pace. The Age, The Australian, 9news.com.au, the AFR are there too, and even the good old Canberra Times makes the cut.

So, today, nine of the top 15 Australian domains are ones that grew out of traditional media organisations. Hardly the extinction many had predicted.

Perhaps what is more interesting, is that another two of the top 15 are also media organisations, both born relatively recently. They are TheConversation.com, a popularised forum for academic expression, and Quillette.com, a humanist, intellectual magazine with an international outlook and a volunteer subscription base. Both are impressive in terms of global scale and connections.

Linktr.ee is also in the top 15, which is no surprise, given its whole business is links. Nonetheless, Linktr.ee is a good example of a potential giant arising because of the functionality it brings to the online economy and is a great technology company born and bred in Australia. 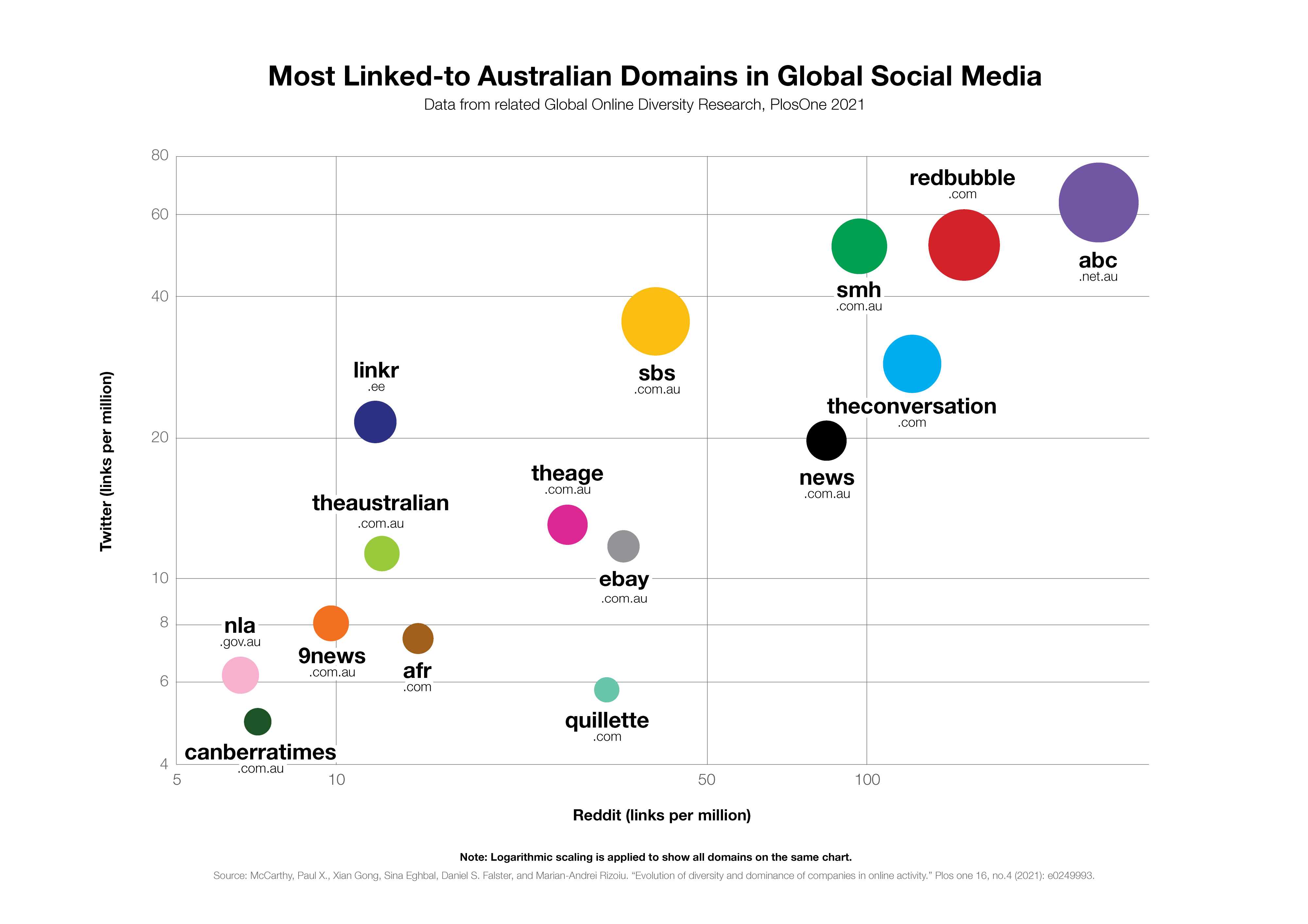 And finally, there is the National Library of Australia (NLA.gov), the only government organisation to make the list. The NLA is a heavy hitter in terms of links, especially with its success in the digitisation of photographs, maps and newspapers, as well as providing federated access to other public collections around Australia.

But it’s not just links. When you take out the commerce sites and linktr.ee, we’re largely looking at organisations that produce news and current affairs content. And in most cases, that is high-quality content. And, if it’s not exactly high quality, it has popular appeal. All these organisations are trusted brands with large audiences.

“The big lesson from this work, which goes to the concentration of attention issue, is domains must be distinct in their function and their content or service must be super relevant to their audience. A media brand is defined by its editorial style and posture, and that is what attracts and retains its audience. All brands can do the same to some extent. And they will need to, as it has always been the case that your greatest competitor is the one most like you. This aspect of competition is magnified in the online economy,” professor McCarthy said.

Australian companies can do it. Linktr.ee is a great example of a successful Aussie tech company and we also have Canva, valued at about $55 billion, as well as the listed Atlassian, currently hovering around the top five most valuable Australian companies, at $100 billion.

McCarthy predicts that Atlassian will soon be Australia’s most valuable company, a rare beast sitting amongst miners and banks, but hopefully a positive sign that Australia’s economy is slowly changing.

More broadly, when the researchers studied the long-term dynamics of the internet, they found that the internet continues to expand, and does so across several measures, such as number of users, time spent online, number of registered domains, and new functional areas. However, on the important measure of ‘attention,’ they observed a significant concentration occurring: the number of organisations capturing our attention is growing smaller and smaller. Moreover, in just about every field of competition, there is now an established giant.

“I’ve long believed that the dynamics of the online economy are markedly different to the offline one. There is no Pepsi in cyberspace. Why? Because the online equivalents of Coke do not face the same constraints, like diminishing returns, as the physical Coke does. In the online universe, the dynamics favour the formation of large, planet-size giants and not much else, a few moons and asteroids here and there, but that’s about it,” professor McCarthy said.

The planet-size giants dominate functions. Google in search, Amazon in retail, Spotify in music, YouTube in video, and so on. We can expect more and more functions to develop online, but we should also expect them to quickly be dominated by a giant.

Additional numbers from the analysis
The following numbers will give you a sense of context, even though attention is being concentrated:

On top of the above, the total number of organisations, brands, and services online exploded from 79 million domain name registrations in 2006 to 329 million in 2016.

McCarthy’s team studied activity on Twitter and Reddit as both platforms are public and have 310 million and 328 million users respectively. Both platforms have been active for a long time and allow users to share ideas and topics, and, importantly, they link to other domains. Both platforms have also grown in magnitude over the course of their life.

More in this category: « Developing a culture of cyber resilience in Australia's public sector 5 best practices for cloud data protection »
Share News tips for the iTWire Journalists? Your tip will be anonymous