Test if you're prepared for hackers with breach and attack simulation 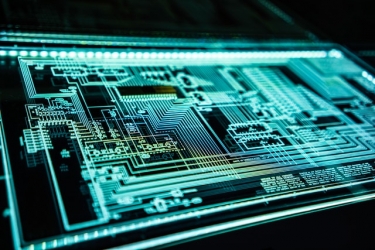 GUEST OPINION: Breach and Attack Simulation is the tool that evaluates the strength of your cybersecurity by simulating attacks against your system.

As chief security officer Window Snyder states, “One single vulnerability is all an attacker needs.”

Unless you get targeted by hackers, how can you know whether your system has weaknesses that could be exploited and lead to data leaks and unauthorized use of credentials?

One way to put your security to the test is with Breach and Attack Simulation (BAS). How does it uncover flaws in the system, and how can it aid you as you determine the next steps in the strengthening of your cyber defenses?

What is Breach and Attack Simulation?

Breach and Attack Simulation is a method of testing systems for weaknesses that could lead to major incidents.

The attacks are simulated in a safe environment and their purpose is to reveal any flaws in your security. Common weaknesses include weak passwords, cybersecurity tools that don’t run correctly, and misconfigured clouds.

BAS approaches security as a threat actor and tries to get into the system by using the weak spots in the tools that you use to safeguard the network.

Following the simulated attack is a report that separates high-risk threats from low-risk ones and offers actionable advice for IT teams.

How does BAS assess your system?

It tests the tools you have to protect your most important assets, security tools, people that use the network, and protocols that you have to adhere to as a business.

One technique BAS can use to test employees is purple teaming. It tests cybersecurity experts to reveal any biases in their decision-making and teaches them to think like an adversary.

However, you can also benefit from testing the employees that aren’t very tech-savvy. While they’re great at their jobs, one slip-up might unintentionally put the company to risk.

For example, BAS might imitate a phishing attack to test whether the malicious email can bypass your email filters and whether your employees will recognize this common attack.

If successful, the simulated attack reveals that your business can be breached and that it has major flaws that need patching up.

Besides malware and Distributed Denial of Service (DDoS), phishing is the most common attack that targets businesses, both large and small. Therefore, testing to reveal if your system can hold its own against them is the starting point.

Hackers come up with new methods every day. How can you be prepared for something your system isn’t expecting?

For the assessment to be thorough, BAS tests the security of your assets for both well-known and new hacking methods that are shown in the MITRE ATT&CK Framework.

How does BAS compare to pentesting?

An alternative to BAS is the traditional way of assessing if your system is ready for a cyberattack is penetration testing (also known as pentesting).

Penetration testing is conducted by cybersecurity experts and companies invest in it once or twice a year. They choose the part of the system which they evaluate could be vulnerable and test it to uncover flaws.

The issue is that attack surfaces change within minutes. Although pen testing is thorough, it falls short because it can leave the system with vulnerabilities for months on end.

What are the next steps after the report?

The forensic report of a simulated attack helps you to put your priorities in order and informs you of the next steps that are going to strengthen your security.

IT teams are often inundated with alerts and notifications if the system detects any low-risk or high-risk security issues. Because of their frequency, they tend to discard many of them as false positives and potentially harmful attacks can go under their radar.

Instead of being overwhelmed with multiple false positives, the BAS report informs them of the high-risk flaws that are likely to result in an incident.

After getting the document, teams consider the suggested actions and fix the flaws by applying the top to bottom approach. They start with the most pressing issues and work their way towards less concerning threats.

In case the problems are recurring, it’s important to get to the root of the issue:

Further steps might require additional cybersecurity training for your teams, mitigation of the attack, removing the malware from the system, or adding more tools to cover the attack surface area that hasn’t been protected.

Training could refer to both your IT experts that make errors while using the tools you have and employees that aren’t responsible for security but could benefit from knowing the basics.

Staying one step ahead of hackers

In a nutshell, Breach and Attack Simulation is a tool that attacks the system to discover any vulnerabilities before hackers do.

Early discovery of flaws in the system is the key to strong security for any company. The more time hackers have to exploit weaknesses in your system, or be in the network without you noticing makes the aftermath worse for your organization.

The tools that businesses use to protect their companies and the people they have to manage the security differ greatly from one company to another.

However, most have a similar overall approach to security that includes setting up layered protection of tools that cover all devices and systems and their continual management.

Regular cyber hygiene includes scanning for any new weaknesses in the system or the attempted cyber threats, mitigating said problems, and fixing the flaws that have been discovered.

Repetition of these steps keeps companies secure and one step ahead of ill-meaning cybercriminals.

BACK TO HOME PAGE
Published in Guest Opinion
More in this category: « What CISOs think about cyber security, visibility and cloud The next generation of AIOps »
Share News tips for the iTWire Journalists? Your tip will be anonymous