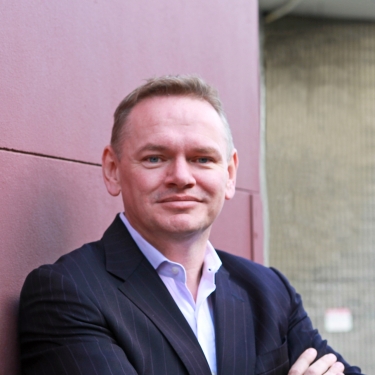 GUEST OPINION: What would you think if I told you that your organisation’s ability to deliver high-quality technology solutions depends less on technology than you thought?

I bet you would want to know more about how to fix this. So would most of your peers. Maybe this is the year to do it?

Like most established organisations today, you have probably been led to believe that testing was all that was required to deliver quality. Unfortunately, testing is only a part of the answer.

Quality is a cultural thing. And it turns out that the most certain path to success for technology projects is to be found in an organisation’s culture.

Formally, quality is defined as ‘the standard of something as measured against other things of a similar kind; the degree of excellence of something.’

To begin thinking about quality in cultural terms let’s start with the word ‘standard.’

The standards and social norms, which we hold and accept are culturally determined, with a population or a group effectively agreeing on that standard by way of convention. Driving on the left-hand side of the road was agreed by convention well before it became a law.

Importantly, standards are not static and can change over time and can be influenced by interest groups, even individuals. And the same is true for corporate culture.

In Chaos 2020: Beyond Infinity, the Standish Group looks at three dimensions of organisational culture that have a significant influence on the success or failure of technology projects.

A highly mature sponsor makes a world of difference

The first dimension, which is also the most important and easiest to address, is the calibre of the project sponsor. This accords with my longstanding view that the final quality of projects is first and foremost the responsibility of executives.

Standish Group has measured the relationship between the relative maturity of a project’s sponsor and whether a project is successful, challenged, or a failure. It is chalk and cheese.

With a highly mature sponsor in place, projects are overwhelmingly successful and failures are in the single digits. By contrast, an immature sponsor spends their life dealing with challenged and failing projects.

So, what exactly constitutes a highly mature sponsor? Firstly, they are not part of the delivery team and are typically non-technical people.

Rather, they excel in the domain of soft skills. They are visionary, passionate, and inspiring leaders. They know how to build and motivate a high-performing team, they know how to manage tension and they know how important it is that progress is made, recognised and celebrated. These capabilities are vital to developing the requisite esprit de corps in a team, and that spirit generates the pride and commitment that define high-quality projects.

A highly mature sponsor is also a good negotiator and influencer, they know how to ensure their projects are resourced and supported. And they act. They make firm and prompt decisions – a successful project must satisfy firm time, cost and satisfaction criteria.

Finally, and perhaps unexpectedly for some, a mature sponsor is not afraid to exercise their imagination. Indeed, Standish explicitly talks about them being daydreamers. From a quality perspective, I see this as their ability to empathise with the people building the solution and the customer, to have an affinity with what we call human quality. And they have the big picture perspective that allows them to see how quality must be present in a project from beginning to end.

So, the single most important thing we can do to improve a project’s chance of success is to ensure the project’s sponsor fits the above description.

The next most important thing we can do is attend to the culture of the delivery team. What the Standish Group research shows is that even in the delivery team it is the soft skills that make the biggest difference.

Good communication skills, and aptitude for acceptance, agreement, compromise, respect, and civility, all go hand-in-hand with being driven problem-solvers. A team that exhibits these qualities is also going to have esprit de corps – pride, fellowship and loyalty.

When a team that fits the above description is combined with a highly mature project sponsor, we’re well on our way to success.

A cultural combination is best of all

The final important cultural element is referred to by Standish as ‘a good place.’ Which, in most cases, means the wider company or organisation, including key stakeholders. By way of shorthand, we are really talking about an organisation that displays the same qualities as a mature project sponsor.

Yes, a highly mature project sponsor can still be effective in a corporate culture that doesn’t share their personal and cultural attributes. But, when a highly mature sponsor is working with a mature team, in a good place, where there is an affinity with their project across the whole organisation, we win the trifecta. And, as you know, a trifecta pays handsomely. And the numbers don’t lie.

Clearly, the core issues to be addressed in technology projects are not technical. I repeat, quality is a cultural thing. The fact that cultural influence has now been unequivocally measured should end any debate. It should also embolden non-technical executives to lead technology projects more effectively.

More in this category: « The most important IT skills to have in 2022 Mixed messages: Busting Box's MFA methods »
Share News tips for the iTWire Journalists? Your tip will be anonymous