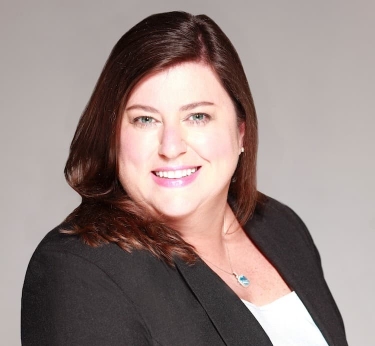 The projects involve everything from core systems and databases to customer-facing websites and apps. Indeed, according to industry research, organisations are expected to make $1.78 trillion in digital transformation investments in 2022, compared with $1.31 trillion in 2020.

This rapid pace of transformation has led to significant pressures on DevOps teams that need to move faster without compromising quality. They are now expected to build and launch smaller, incremental updates to applications rather than making larger changes less often.

With this mounting pressure, even major corporations that deliver the highest standards of digital experience don't always get it right. Unfortunately, any impact that is caused on customer experiences could lead to defection to a rival.

For organisations to be able to innovate without compromising user experiences, they need modern and intelligent development and delivery practices. These practices can reduce the risk of unexpected errors, improve code quality, and relieve the burden on DevOps teams.

The pace of innovation within IT systems continues to increase. Research conducted by Dynatrace shows organisations expect the frequency of their software releases to increase by 58% by 2023.

However, many will find it difficult to keep pace, as DevOps teams already struggle with existing workloads. As IT complexity grows, the demands on DevOps teams' time will increase even further.

Remember writing code is only half the battle. Time-consuming manual testing, increasingly fragmented toolchains, and the explosion of data that's resulted from the shift to the cloud have added more complexity and friction to the development process.

With so much to do and no additional resources, the pressure on DevOps teams can force them to sacrifice code quality. As a result, errors are more likely which can jeopardise digital services and degrade user experiences.

The challenge faced by IT teams is increased further because it can be difficult to understand the true impact of a new software release until it goes live. Also, it's often difficult to roll back the change in the event that it creates a problem, and revert to a previous, stable version of the application.

Much of the challenge being faced is as a result of the complexity of multi-cloud environments that are becoming more popular within organisations. Such environments make it difficult for DevOps teams to understand the consequences of the changes they make, however minor they might seem.

This type of infrastructure can also lead to an overload of alerts. Cloud monitoring tools capture a volume, velocity, and variety of data that is beyond human capacity to manage. It's often impossible for DevOps teams to quickly find the single line of code that has actually triggered a problem.

Automation is the key

To prevent code containing errors from reaching production environments, organisations need to take a more intelligent approach to software development. A first step is to apply continuous automation to repeatable tasks, which frees up DevOps teams to work on higher-value activities.

IT teams need to establish automated quality gates that measure new builds against service-level objectives (SLOs) for key performance indicators such as response time or throughput. As a result, this will mean that new code changes cannot go live unless they meet the minimum baseline for user experience.

In the event that something does go awry, organisations can improve their time to resolution by harnessing unified end-to-end visibility capabilities. This will provide DevOps teams with code-level insights into all software builds, apps, and services across any cloud platform, whether they're in development or already deployed.

Combining this visibility with the use of artificial intelligence in operations can take those insights one step further. This is achieved by automatically prioritising issues according to their business impact. This, in turn, allows a DevOps team to quickly identify the most pressing alerts and resolve them.

Improving development practices through AIOps, automation, and visibility can significantly relieve the pressure on DevOps teams and help them to keep pace with digital transformation.

As organisations continue to increase the pace at which software changes are being made, such changes will become increasingly important. Taking the required steps today can avoid business disruption and losses in the future.

More in this category: « What does the future of business lending look like? Hardening physical security to protect against cyberattacks »
Share News tips for the iTWire Journalists? Your tip will be anonymous