Is open source software so important for your business? 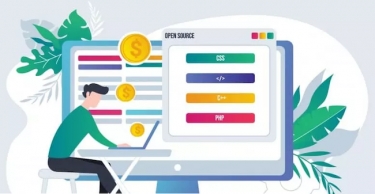 GUEST OPINION: Inoxoft specialists will help you answer this question with confidence and a sufficient amount of experience.

The term open source applies to things people can change and share because its origin is publicly accessible. This is the name of a specific approach to the organization and creation of software. Today, open source code has gained wider popularity. Projects or products that are created using open source code allow you to enjoy open sharing, the participation of several developers, rapid prototyping, and community development. Open source software is source code software that can be amended, checked, modified, and even improved by every user of the network.

It is no wonder that developers and business owners use open source code. This is due to a number of good reasons:

Is open source free for developers and users?

The short answer to this question is no. If anyone thinks so, we boldly declare that this is a fallacy. Open source code is interesting and important to its developer not only for its structure and the ability to improve but also for its economically important components. Programmers who create open source code and open access to it can charge a fee for using it. Also, they have the right to charge not only for the software itself but also for software services, as well as support. Some experts believe that this is even more profitable. Thus, programming of this nature remains free, but at the same time, it makes it possible to provide the developer with finances through installation, use and troubleshooting. Open source programming skills can be very valuable, as well as troubleshooting issues related to the functionality and support of the future application. Many companies are trying to hire web developers with extensive experience in writing open source applications or websites. It's available online as source code at no extra cost, which means users can view the code that contains the software and make any changes they need. The source code can be repurposed into completely different software, which means that anyone can take the source code and distribute their own program from it.

Properly managing open source requires a certain skill and experience. Although open source software offers many advantages that introduce a new level of management, which is shared between several people. And the misconception that open source is completely free to dispel at the root since a developer can make money by maintaining and selling his knowledge on a certain open source code. Open source software is also sometimes associated with the free software movement, which can add confusion over whether open source means "free." Usually, "free software" is designed to emphasize freedom in the rights of end users, but sometimes it can be confused with the meaning of "free". Open source software matters to everyone, not just programmers, because it unlocks the potential of many people to become something more meaningful than a closed-source model. Open source communities, for example, are organized around open source projects, where anyone with the skills can join and contribute to the code. These groups still maintain standards regarding contributions to open source projects, as proprietary software teams do, but they open up the process to someone who wants to make their own changes based on personal beliefs.

More in this category: « An executive’s guide for breaking into FinTech 7 Inherited IRA rules for beneficiaries »
Share News tips for the iTWire Journalists? Your tip will be anonymous