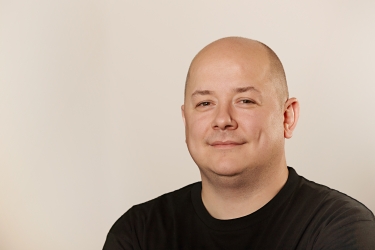 GUEST OPINION: Throughout Australia and around the world, organisations are grappling with an acute shortage of software developers. The situation is causing delays to critical projects and leading to missed opportunities for growth.

Unfortunately, it’s a situation that is showing no sign of improving. According to analyst firm IDC, there will be a shortfall of four million developers by 2025. In the United States alone, the Bureau of Labour Statistics shows more than 200,000 developer jobs will need filling each year through until the end of the decade.

While this type of job demand – and theoretical job security – presents an opportunity for developers to benefit from a booming job market, there is a downside. The work of software developers continues to increase in complexity, negatively countering the excitement many developers have for their work with burnout and resentment.

Many developers find themselves on different pages than their managers, with conflicting priorities creating weak culture. This has led to increased turnover as software developers either ignore organisational guidelines and do what they believe best, or resign for another position with the same inherent challenges.

This dynamic needs to change. Today, organisations and developers need each other more than ever. The available number of jobs exist because the work of software developers remains crucial to all facets of businesses. The challenge is how to create an environment where developers can thrive.

Here are a few indicators that point to a thriving, switched-on developer:
• Natural curiosity – Developers should look at something and immediately wonder how it works. They were the child who took apart the lawnmower and put it back together. The same should exist with software code. Do they use an application and immediately wonder what is under the hood? By being ever-curious, developers continually learn how different software applications work and learn new skills thanks to their need to understand.
• Security awareness – Our recent survey shows that most developers acknowledge they want to apply a security-led approach to the software development lifecycle and shift left sooner. However, security often takes a back seat in the current development pipeline to the detriment of the final product. Developers should have the time to properly input security protocols and leverage enhanced security training to level up their skills.
• Willingness to collaborate – The stereotype of a developer with headphones on and buried in their work is not always true. Developers can work well on their own but must also collaborate when needed. More importantly, they should understand when collaboration would bring value and search out those opportunities during their work.
• Thirst for constant learning – The world never stops advancing. Developers should strive to improve their skills throughout their careers. They should be open to new methods and trends and look to build off existing skills to constantly improve their capabilities.

Developers, of course, cannot make these changes alone. Organisations must look at their ecosystem to ensure it is suitable for growth. Some best practices include:
• Embrace differences of opinion – Developers will voice their opinion. Make sure you listen and find a balance between organisational goals and developer needs that provide positive outcomes for both sides. That only happens when both sides can safely voice their opinion.
• Ease the pressure – This is perhaps the most important. Developers face near-impossible deadlines that result in shortcuts. Yes, deadlines remain important, but organisations must not prioritise speed above all else. Ensure priorities align, and schedules follow a reasonable pace with adjustments as needed.
• Create an inclusive culture – Every organisation is better when it includes diverse people and perspectives. Software development should be the same. Organisations should ensure that software development teams feature differing viewpoints and perspectives.
• Make learning fun and empowering – No one wants to sit through another dull training session that provides little value. Organisations should look for training that encourages developers to follow passions and the development of new skills that will benefit them for years to come. If the training is fun – that much better.

A new approach
It’s clear that the current developer shortage needs to be rapidly addressed. Organisations must work to reassess how they are recruiting new talent and what measures they have in place to ensure they remain as long-term employees.

To take advantage of all the new opportunities that will emerge in coming years, the challenges around developers need to be solved sooner rather than later.

More in this category: « New solutions bridge the gap between software and real-world impacts A startup's guide to making the most out of Reddit »
Share News tips for the iTWire Journalists? Your tip will be anonymous