How edge data centres are redefining the cloud 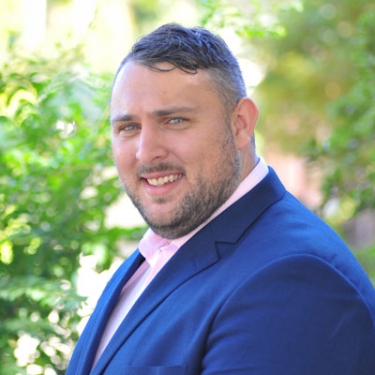 GUEST OPINION by Aden Axen, Cloud Services Manager at Somerville:  Hear the term ‘data centre’ and it’s likely to conjure up images of massive warehouse-like buildings crammed floor to ceiling with rack-mounted servers. Increasingly, however, this is not always the case.

The hyperscale data centres, which underpin everything from AWS and Google to large corporate and government entities, are increasingly being augmented by a new breed of facility. They’re popping up right across Australia and around the world.

Dubbed ‘edge data centres’, these new facilities are typically a fraction of the size of their hyperscale cousins. Usually housed in small, purpose-designed buildings, they are being located everywhere from existing business parks to greenfield sites in regional centres.

A key business driver behind the trend is the need for improved performance and lower network latency. This is particularly relevant when it comes to transaction-intensive tasks such as retail ordering and the processing of streams of data generated by Internet of Things (IoT) deployments.

While such applications can be handled by a more centralised hyperscale data centre, putting compute and storage resources closer to end users results in significant improvements to response times. It also means that data does not have to continually be piped to and from centralised facilities but instead be handled at the network edge.

This is not to say it’s the end of the road for large-scale cloud data centres. These facilities are adept at handling heavy workloads and the storage of massive volumes of data. Rather, it is now a matter of operators augmenting these centres with networks of smaller, distributed ones.

Supporting the new world of work

The edge data centre trend is occurring at a time when the world of work has fundamentally changed. Rather than companies expecting their staff to commute to a city-centre location five days a week, many are happy for them to work remotely.

This, in turn, is giving some people the opportunity to shift to regional locations. Why spend hours each week travelling to and from a city office when you can be just as -- if not more -- productive working from home in an idyllic rural location?

Edge data centres support this trend by putting the resources remote workers need much closer to their physical location. The performance of applications, particularly SaaS platforms, can be significantly enhanced leading to a much better user experience.

These new distributed data centres are also increasingly being used to support rapidly growing IoT deployments. In regional areas, there are increasing numbers of IoT networks detecting things such as farm soil moisture, machinery performance, and weather conditions. In doing so they are generating large volumes of data.

Rather than having to transport this data back to a hyperscale centre, it can easily be accommodated in an edge facility. As well improving performance, this will also have a significant impact on data transmission and networking costs.

The future of the cloud

As they continue to evolve, edge data centres will be able to be used by customers in a variety of ways. Some will treat them in the same manner as hyperscale facilities and simply ‘rent’ storage and compute resources as required.

Others may choose a hosted model where IT equipment currently located on-premise is physically shifted into an edge centre. The hardware can then be managed by the data centre operator while the customer takes care of the software layers.

A third customer group may opt to rent physical space within an edge facility but manage their entire technology stack independently. This approach will allow them to take advantage of the data centre’s physical security, power, and redundant high-speed network links.

Whichever way organisations embrace edge data centres, it’s clear that the trend is here to stay. Just as the cloud reshaped how organisations build and manage their IT infrastructures, so edge resources will allow them to move into the next phase of computing.

More in this category: « Why it’s time to move your accounting and finance function to the cloud Why a cloud journey needs three steps to visibility »
Share News tips for the iTWire Journalists? Your tip will be anonymous