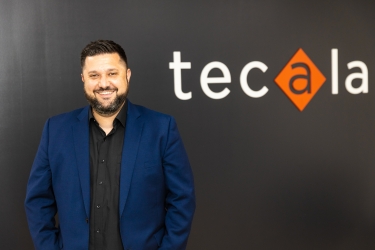 GUEST OPINION: As the new Albanese-led ministerial team sets its goals and priorities for the coming three years, there are a range of technology related issues that should be included in the mix.

If Australia is going to succeed at growing its domestic IT sector, and ensure that both public and private sectors continue their digital evolution, some key issues need to be addressed. Five of the top priorities should be:

1. Addressing Australia’s IT skills shortage:
One of the most important issues faced by all business sectors is a critical shortage of talent. A short-term measure that could address this is a relaxation of the  migration laws currently restricting the entry of skilled IT workers. Such a relaxation would make it easier for Australian organisations to acquire the types of skills that are simply not available in the domestic market.

In the longer term, there should also be measures put in place that support people looking for a career change who are interested in moving into the IT space. The new federal government has a role in supporting these types of initiatives.

A third initiative should be the introduction of ongoing, formal program within schools that ensures students gain a clear understanding of what a career in IT looks like and the many different opportunities that exist for them. They need to realise there are many more career options in IT than just coding.

2. Improving cyber security in the public sector:
There has already been considerable time and effort spent on developing guidelines and frameworks to address the cyber security challenge, but now is the time for practical steps to be taken.

Federal government agencies should have a prescribed minimum standard of IT security that needs to be in place. This could even include specific examples of the suites of tools and processes that need to be in place.

As well as improving security, standardising in this way will drive down costs while also reducing management overheads.

3. Tax breaks:
Unfortunately, there is a level of reluctance - particularly in the SMB sector - to spend money on innovation and R&D. The reason is that there is a widespread reluctance to have any chance of failure. To overcome this reluctance, the government needs to introduce further tax breaks that allow companies to claim the cost of legitimate R&D projects.

4. Greater support start-ups:
The concept of having supportive start-up hubs as they exist in countries like Israel and Estonia has been contemplated in Australia but, unfortunately, has never really become a reality. Anything the government can do to foster a sense of community and support would be very welcome.

It's also important to consider what support is provided when a start-up becomes successful. The conditions need to be right for them to scale, attract capital, and list within Australia.

A company such as Atlassian chose to list in the US because the conditions here in Australia were not right. That was a major misstep for the country and should not happen again.

5. Driving widespread business success:
Of all the subjects that should be a focus for the new government, one of the most important is what can be done to foster business success over the coming decade. Focus needs to be on R&D, innovation, and fostering talent.

At present, the potential that is being offered by new and emerging technologies is not currently very well understood in the broader business community. There needs to be much more attention given to the benefits that widespread adoption would deliver for a country like Australia.

The potential impact of widespread adoption of technologies such as process automation, artificial intelligence and machine learning is massive. This needs to be very much up for discussion.

There is a potential for many companies to double their revenues without doubling their headcount by becoming more efficient and effective. This is not yet widely understood but will become so in the years ahead.

By focusing on these issues as policies and priorities are put in place, Australia’s new government can make a significant positive impact both on the domestic IT industry and the broader business sector. The potential to achieve big things in the next three years is significant.

More in this category: « Zero party data, cookies and the power of personalisation The top challenges facing MSPs in a post-pandemic environment »
Share News tips for the iTWire Journalists? Your tip will be anonymous