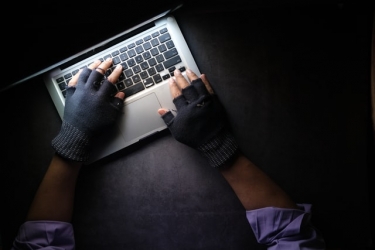 GUEST OPINION: In the past decade, we've seen the volume of cyber attacks on health institutions grow immensely. Such attacks now occur more frequently and with greater magnitude globally.

A medical institution data breach may expose sensitive information, such as names, addresses, and patients' social security numbers. Additionally, attackers can get a hold of Medicaid ID numbers, health insurance info, patients' medical history, and other data to compromise both patients and staff members.

Here are some statistics from the past few years to give you an idea of the cyber vulnerabilities in the medical sector.

Hospital cybersecurity teams understand the need for improved protection against cyber threats. And undoubtedly, cybersecurity has improved over the past five years. Still, that time frame shouldn't come as a surprise as 2015 "hosted" 4 of the 5 most significant cyber attacks on medical institutions to date.

Since then, we haven't seen an attack as big as the one on Anthem. However, the healthcare industry's cybersecurity spending between 2017-2021 is expected to go over $65 billion.

The stolen data included social security numbers, patient addresses, and dates of birth. Most of the victims were Anthem plan members, with a small portion of them being clients of independent insurance companies.

Although Excellus reported the cyber attack on their network in 2015, the hacking project was already going on for two years. Potentially, the hackers gained access to all patient records, including social security numbers, full names, addresses, financial payment data, claims details, and credit card numbers.

Back in 2011, TRICARE reported a massive data breach of medical and personal data. The information belonged to both families and military patients.

However, this data breach wasn't the result of a cyber attack – all of the records were stolen during a physical data transfer between two data contractor facilities. The thieves stole the documents from a parked vehicle.

Although some cyber threats compromise a lesser data volume, they can still be devastating for medical institutions and their patients. The UCLA Health System reported a hack on their network, compromising 4.5 million patient records.

How to Protect Against Cyber Attacks on Health Institutions?

To minimize cyber vulnerabilities in the medical sector, institutions should adopt a highly educated approach to cybersecurity as a whole.

Modern cybersecurity training emphasizes that every medical organization's staff treats patient data with a great sense of responsibility and protection.

Most modern health institutions use mobile devices at work. To ensure data on those devices is secure, encryption is critical.

Any device connected to the internet should act behind a firewall.

Only those who need to access patient data should have clearance for it.

All medical files should be backed up regularly for quick restoration in case of a hacker attack. Ideally, backups should be uploaded outside the main system network so we are enforcing usage of appropriate backup programs.

Default or weak passwords are a cornerstone for infiltrators. To deny an exploitable entry point, passwords should be both strong and frequently changed.

Any software and apps should be installed and monitored by the proper authorities.  Network devices and physical records should be contained in secure, locked areas.

BACK TO HOME PAGE
Published in Guest Opinion
More in this category: « 3 ways to improve your next video conference meeting Collaboration is dynamic: here's how to keep it that way »
Share News tips for the iTWire Journalists? Your tip will be anonymous