Collaboration is dynamic: here's how to keep it that way 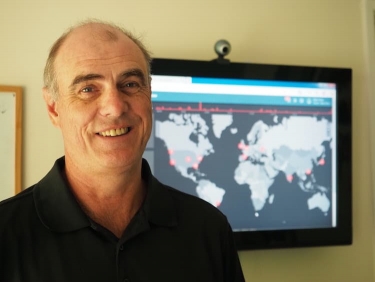 GUEST OPINION: What makes collaboration apps unique is also what makes them hard to monitor, but this is changing.

Users have grown accustomed to rich yet straightforward digital experiences.

It's often said users don't need to understand or care about what goes on behind the scenes to make an experience function.

The only thing that really matters is they can connect and collaborate with one another, and that the app or website that enables this performs well and offers a frictionless experience.

But there are also times when performance is impacted, when the tens of thousands of networks that make up the Internet, and the many SaaS and collaboration applications that rely on it, aren't delivering to their usual standard, or as intended.

This can happen unexpectedly, mid-meeting or mid-call.

When it comes to troubleshooting performance issues in live meetings, it pays to know a bit about the backend and the service delivery chain that is required to deliver the experience so that bottlenecks can be easily identified, and guesswork is minimised.

This can be challenging, though, as today's collaboration applications by design are built to provide best-in-class functionality across multiple feature-sets including voice, video, screen-share, and real-time collaboration like whiteboarding, translations and more. To achieve the functionality that users demand and need, these apps are architected to be distributed and dynamic, capable of being served out of locations across the globe.

An example of this dynamic architecture in collaboration apps happens right as a call or meeting is started. The infrastructure configuration supporting a meeting isn't determined in advance. Instead, as people join the meeting, they are given what looks like the most efficient connection path to and from the collaboration app's servers.

There's a lot of intelligent routing involved in that, but it cannot cater to every eventuality on the Internet.

Not every link in the meeting delivery is under the control of the collaboration app maker, the business customer of that service, or the meeting participant that ultimately uses it.

Suppose one or more participants is impacted by degraded performance. It's practically impossible for central IT to diagnose and remediate the issue without visibility into every connection for every session for every end user.

However, this is changing with the advent of automated session testing.

This new technology allows IT to monitor real-time collaboration applications as they are being used, by testing the connection to the destination host on-the-fly. IT can see all participants in a meeting, monitor the quality of the connection path for each participant dynamically, and identify issues that crop up for a single user, or for multiple users. That evidence can be used to expedite problem resolution, keeping workers engaged, connected and productive.

We know how important collaboration apps are for organisations operating with hybrid workforces. The Cisco Hybrid Work Index 2022 shows a 54-fold increase in the volume of tests being run on collaboration apps in order to maintain some oversight of their performance.

Clearly, visibility is something that organisations put a premium on, even if these applications or experiences have been historically difficult to track.

Many of the problems that remote workers experience tend to be "environmental" rather than application-specific. Nearly half (45%) of home-based workers consider an unreliable or weak Internet their most significant issue. They may not understand why the Internet connection is weak, however, nor that a fix is possible that doesn't necessarily involve changing providers.

It could be that there are multiple concurrent users on a single home Wi-Fi channel, or that another user in the home starts consuming a lot of bandwidth, such as by uploading a large file, that suddenly degrades the local performance of a home-based worker's meeting midway through. Central IT can see it is degraded, but not why.

Employee experiences matter. They always have but in a hybrid work world, they've come to matter even more as the multitude of issues that may now impact connectivity, reliability and productivity have grown exponentially.

Collaboration apps remain the one business critical application that knowledge workers and hybrid workforces need to operate effectively. By tracking and understanding how meetings are functioning as they are in-progress, organisations can keep their hybrid workers focused on what really matters.

More in this category: « Cyber attacks on health institutions What does the future of business lending look like? »
Share News tips for the iTWire Journalists? Your tip will be anonymous