A roundup of the latest IT news 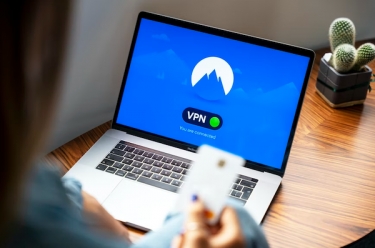 GUEST OPINION: The world of digital technology does not exist within a bubble. Developments in politics, finance, and climate change all influence IT. The IT industries are quick moving and, in recent weeks, are proving to be rather unpredictable. These developments also have wide-ranging impacts, for example, in Musk’s recent takeover of Twitter, which will be addressed in more detail below. Here is a roundup of the latest IT news.

Until recently, internet access in the Russian Federation was relatively unrestrictive. This is no longer the case. Since Russia launched its ‘special operation’ in the territory of Ukraine, the government in the world’s largest country has been scrambling to prevent ordinary Russians from accessing information that might contradict the official narrative. Part of their efforts have centred around the traditional media producers in the country: news media professionals can be sentenced to lengthy jail sentences for spreading ‘fake news.’

Another strand of repression is aimed squarely at the internet. The Russian government has geo-blocked access to popular social media networks, where information (and misinformation) from all political angles is regularly shared. In order to circumvent this repression of the free internet, some Russians are turning to Virtual Private Networks. A simple Surfshark download can enable a Russian citizen to bypass the geo-blocking efforts of the government and access news from abroad. VPN usage in the country is surging, but it is highly likely that new laws will come into force banning them before they can make too much of a dent in the national political will.

The Indian Ministry For Electronics and IT has brought new regulations into place requiring VPN companies to store end-user data for five years. This is a huge blow to the overall utility of VPNs in the massive South Asian country.

It is expected that the new law will be enforced from around the 27th of July 2022. Large fines and prison sentences are a real possibility for VPN provider staff that do not alter their operations within India. In theory, this new regulation has been drafted with the intention of maintaining a healthy online ecosystem in India. Data is stored that will allow the government to track malware as it spreads, for instance. Some people are worried, however, that the new regulations could clamp down on free speech within the country.

Elon Musk, the world’s richest man, has bought social media giant Twitter for a reported 44 billion dollars. The eccentric – and frequently foolish – heir to a South African mining fortune stated that he wanted to purchase the platform in order to preserve the free speech of users. This is, to a degree, a noble cause. Activists are worried, however, that this will amount to a laissez-faire attitude toward racist attacks and other prejudice. Musk would also have very little to worry about if he decided to, say, sell the data of Twitter users. This is a worrying possibility. Twitter messages are not encrypted, meaning that they can be accessed by whoever owns the platform. Political activists and union members can probably already sense the danger approaching.

BACK TO HOME PAGE
Published in Guest Opinion
More in this category: « Five trends changing the face of digital transformation Five tips for better password security »
Share News tips for the iTWire Journalists? Your tip will be anonymous