Juniper's 'network for the next decade' 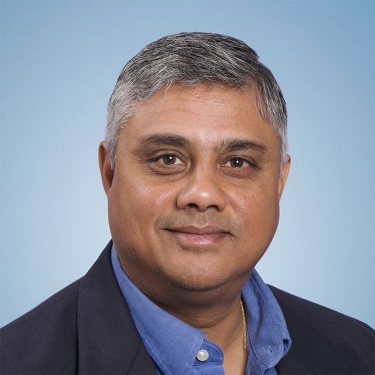 GUEST INTERVIEW: Juniper Networks believes that a modern network needs to be built on microservices, AI and 'session smarts' – and analysts seem to agree.

Juniper Networks executive vice president for the AI-driven enterprise Sujai Hajela joined Juniper in 2019 on the company's acquisition of Mist Systems, where he was co-founder, president and CEO. He spoke to iTWire while in Melbourne for last week's EduTECH educational technology conference and trade show.

Hajela's mission is still to deliver "the network for the next decade," one that's capable of "enriching the end-user experience."

The underlying idea is that "'up' is not the same as 'good'," he explained. That is, it is one thing to have visibility of the state of every router, switch, access point and so on in a network, but quite another to know whether a quality user experience is being delivered.

Juniper's approach is to provide visibility of that experience by monitoring "across the whole network stack... from client to cloud."

The problem with the traditional monolithic approach to developing code for devices such as Wi-Fi controllers is that any change means replacing the software entirely, which interrupts service delivery – and that is no longer acceptable.

A microservices architecture means each service can be maintained separately, and replaced individually. So if a bug is found in the location service, for example, that piece of code can be replaced without affecting the other services, so most users will not notice any interruption.

Juniper wrote from scratch each of the services following the adoption of this architecture, Hajela observed.

Consequently, Juniper is able to upgrade its own cloud on a weekly basis, without having to worry about maintenance windows (which are very hard to find in a modern, international operation).

Back in the Mist days, Hajela realised that focusing on users rather than devices would mean collecting and processing at least ten times as much data, and at more frequent intervals.

He started by applying maths and physics to the mass of data, and this led to the creation of data science models.

But that was not enough, because of the variation between different customers and their environments.

So the company developed an AI engine, which became known as Marvis, and every piece of code running in the network hardware was required to deliver data to it.

The result, said Hajela, is a situation where network administrators do not have to "turn the knobs" because Marvis does that for them: "It just works."

The idea here is to focus on every end-user session right across the network in order to detect and locate any problems.

Then if Marvis can fix the issue, it will. If not, administrators are provided with enough detail that they can deliver a fix more quickly than would otherwise be the case.

"This [approach] has resonated with customers," said Hajela.

Where Juniper has previously been seen as a supplier to service providers, in the last couple of years that market has been outstripped by the company's enterprise business.

The strategy has been well received by analysts, he added, noting that while Gartner classed Juniper as a leader in 2020, in 2021 it received the highest rating for both ability to execute and completeness of vision.

The COVID-induced explosion in working and learning from home may have helped Juniper.

Its "enterprise at home" concept meant customers could provide their employees with Juniper access points for use at home.

These use split tunnelling to segment business and personal use, and to provide secure access without the need for a VPN.

Furthermore, Marvis watches these access points along with the rest of the network, detecting unwanted state transitions and then taking action if it can, or otherwise reporting the issue.

As the return to the office continues, this system can also help by providing services such as navigation (eg, helping staff locate the conference room they have booked), and personalisation (eg, automatically telling the systems in a conference room who is present).

Juniper is enjoying "an extremely high level of growth" in Australia, Hajela observed.

Customers include Alamanda College in the Melbourne suburb of Point Cook, and Online Education Services.

While the company has a number of corporate customers, they are not referenceable, he said.