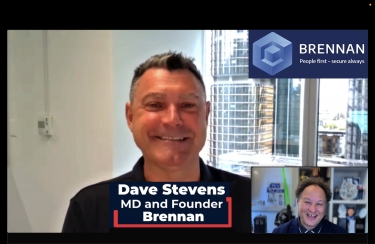 Brennan MD, Dave Stevens, said the new Brennan Digital division would help companies adapt to significant shifts in the way their customers and workforces want to access and use digital services, and harness the power of data and artificial intelligence (AI) to drive better business outcomes.

“Just as we have reshaped what companies have come to expect when it comes to managed services, Brennan Digital will not stick with the status quo, but reset the benchmark in supporting businesses with their digital transformations,” he said.

Drawing on new capabilities from recent acquisitions MOQ Limited and Clade Solutions, Brennan Digital will focus on data analytics, AI, business transformation, and consulting, in recognition that many Australian companies now have a greater reliance on outsourced IT to deliver their digital strategies because of the IT skills shortage.

But what is more on the story behind Brennan's founding 25 years ago, which has grown in leaps and bounds since then, offering an Australian-owned alternative to the world's tech providers?

Dave Stevens joined iTWireTV in an interview that is embedded directly below, followed by more on Brennan Digital, more on Dave Stevens, and a summary of the topics we spoke about, so please watch, and read on!

So, with Brennan Digital a very important new division, it's good to see Stevens noting he would initially be leading Brennan Digital, while the company actively searched for a high-quality executive to drive its success into the future.

Stevens stated: “Brennan Digital recognises that many companies are now having to change the way they do business through digital transformation in order to meet the needs of their customers and staff in the digital economy, better protect customer data and drive greater productivity.

“These types of transformations can address a range of different needs such as mobile or remote workplace solutions, customer mobile apps, tighter data security measures, new ways of reading and interpreting data, or entire IT architectural changes.

“Through Brennan Digital, our customers now have access to enhanced data and AI capabilities, meaning they can capitalise on their valuable data, connecting it to well governed platforms to gain insights that will translate into measurable outcomes for their business and customers.

“This includes areas such as advanced analytics, data platform modernisation and virtual database admin, and the ability to extend an organisation’s existing data analytic investment to iterate and quickly add value.

“We can also provide detailed consulting services, providing our customers access to experienced business strategists who help them think differently about their strategy and IT planning, ensuring their future IT actions are aligned to the needs of their people, business, and customers.

“This covers areas such as cybersecurity, risk and compliance, business capability optimisation, maximising IT investment and using intelligent data insights to give them a competitive edge.

“We differentiate in being able to provide true end-to-end capability from advisory and enablement, with 24x7 Support which has been recognised with awards.”

Brennan is already working with a range of companies on ways to significantly improve their business outcomes.

Stevens added that while he was launching Brennan Digital, the team had been building its digital capabilities since 2005.

“We started offering some of these capabilities in 2005, but until now we have not scaled it like the rest of our businesses. The MOQ & Clade acquisitions, along with our organic growth, now means the new Brennan Digital is a $140m revenue business and it is the right time to launch as its own division”.

Here's a summary of the topics we spoke about in the video interview embedded above, after which is more on Dave Stevens' journey - please read on!

Here's more on Dave Stevens' history. He established Brennan IT from the classroom and the loft of his Balmain home in 1997, following his childhood dream to become one of Australia’s leading IT services and system integrator companies.

Fully-owned by Stevens, the company is headquartered in Sydney with offices across Australia and in New Zealand, India, Sri Lanka and the Philippines, and prides itself on providing great service to customers, 24 hours a day, seven days a week, no matter where they are in Australia.

The company, which is on track to deliver revenues of $275 million in the next 12 months, today employs more than 1,000 staff following the completion of its most recent acquisition of the publicly listed technology business MOQ Limited.

The MOQ acquisition is designed to ensure Brennan has the local skills and capabilities to out-compete its global opponents in new areas like data analytics, AI and IT consulting. It is the company’s seventh strategic acquisition in its 25-year history, which also included iExec (2006), TSA Communications (2007), Tele-IP (2008), S Central (2009), Forsythes Technology (2021), Clade Solutions (2022).

The Brennan story has been well over 25 years in the making. Stevens grew up on Frankston, Victoria, which he says was rough at the time. He attended Ballam Park Technical School and, with an eye on working in the IT industry, he undertook study in the Science, Technology, Engineering and Mathematics (STEM) stream, which only had 10 kids in the class, while all his mates studied metal work and mechanics.

With his school not offering year 12, Stevens did not complete his HSC. He, instead, took a job with NAB which he hated.

After taking a few years “break” to ride as professional cyclist in Europe, he returned to Australia to follow his dream of building an IT company, and pursue started a Diploma in IT at Monash University, which he did not complete.

Instead, Dave got a job at a local Computer store and soon realised that if he studied networking he could sell more computers, so became qualified as a Certified Novell & Microsoft Engineer and then as an instructor.

It was from his experience delivering operating systems courses for the IT industry, that the idea for setting up Brennan was seeded.

Starting out assisting clients with sharing files and printers with a handful of clients, including NSW Farmers’ Association which remains providing a client to this day, from the Balmain loft, Brennan now provides more than 1400 customers – including Aurizon, Hammond Care and BG&E – with much more services including security, data warehouse, analytics, machine learning and solving big problems through digital transformation.

Dave believes the company’s biggest differentiator to its global opponents is being able to offer customized solutions for Australian-specific problems is sectors like mining, transport and health care, while also providing great local customer service in cities and towns throughout the country.

So, please watch the video interview with Dave Stevens above to learn more!