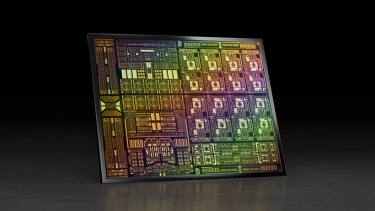 Move over CPU, make way GPU; there’s a third type of silicon coming to a server near you - the DPU or data processing unit. In fact, NVIDIA CEO Jensen Huang says it will be one of the three major pillars of computing going forwards and VMware CEO Raghu Raghuram says it will become ubiquitous within the next decade of computing.

To help us understand what the DPU is all about and why it is so significant we’re joined by NVIDIA VP Networking Ami Badani and NVIDIA Director of Storage Marketing and Bluefield DPU John F. Kim.

In our conversation, Ami and John explain what a DPU is, and why NVIDIA has developed the Bluefield DPU. They explain how this system-on-a-chip is a key part of NVIDIA’s enterprise roadmap and what it means for the next-gen data centre.

What's more, it's coming to a server near you. The supply chain is already in gear with OEMs, as well as through NVIDIA’s partnership with VMware and through its co-founding role of the Linux Foundation.

As you'll hear from Ami and John, the Bluefield DPU provides greater performance with reduced power consumption, while ensuring - and advancing - security.

It’s a fascinating topic and it’s clear from Ami and John’s explanation that the Bluefield DPU is the architectural change for servers and data centres that will shape the next decade.

You can watch our talk here:

and to dive deeper you can watch Jensen Huang speak about it here.